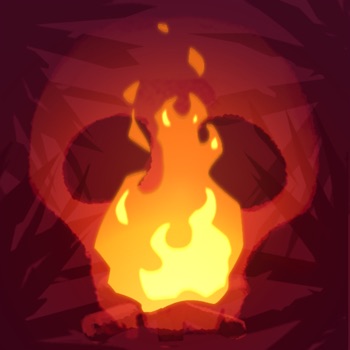 DEAD IN BERMUDA is a survival management game with RPG and adventure elements, in which you lead a team of 8 survivors from a plane crash on a strange island. Assign your survivors to tasks, gain experience and develop your survival skills, research and craft new items for the camp, explore the island for resources and solve the mysteries behind an ancient Atlantean prophecy.

Key Features:
- Manage the well-being of your team: they can die from Hunger, Fatigue, Sickness, Injury and Depression as well as lack of water.
- Relationships between characters evolve! They can argue, become friends and even lovers.
- Research & Craft to upgrade your camp.
- Deep RPG system running behind the scenes: the efficiency of every action is tied to character skill, opinions and the state of the character.
- Exploration: 100 map areas to discover, each with its own rewards… or traps!
- Randomized elements: the map, the items, the dialogs, the skills and traits of your characters changes every new game.
- Special encounters in the jungle with choose-you-own-adventure like elements.
- Easy to play, but hard to survive!

*****
DISCLAIMER: Does NOT work on iPad Mini nor iPhone 4s. These devices couldn't be excluded properly, but they have less than 1GB RAM so the app WILL CRASH upon loading the game.

- Greatly reduced RAM usage (which was most likely the cause of crashes).
- Fixed a bug where the stat “Intelligence” was replaced by a second occurrence of “Strength” in the Skills page of the Character Sheet.
- Improved the click area of a few buttons (mainly action wheel buttons and skill upgrade buttons).