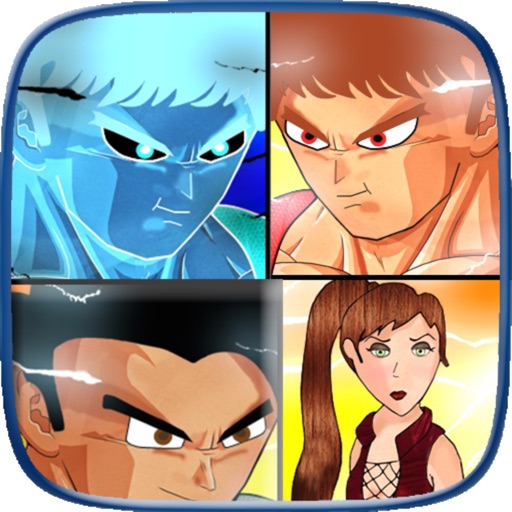 This is one of the Best Multiplayer Games which you can play on same device easily. Now this game also give 2 users to hold the device and fight the bad guys with Ki attacks. Multiplayer game is best suited in Tabs. Or bigger screens. But This game supports both multiplayer as well as single player. In Multiplayer only 2 players can play at a time on same device. Do check the controls to get more idea.
Get your friends and cross the stages together. With lots of Cannon fire powers and Main Boss mode. This RPG Game will give you the best experience in Anime Fighting style category. Explore more and more things which you can do together with your friends. And if you have any suggestions then do write to us below in reviews.

Kung Fu Little Fighters is a fighting game which gives 5 choosable characters. 6 stages in the game. Un-lockable stages.
A Story adventure where you and your 4 team members get to fight against the bad cops.
1 Unlockable character Krio.
You can see Krio in action during the fight. As he will be part of your team against the Bad Cops.
The Kung Fu Street Fight Boxing has one on one fight mode, but this game takes you to another level.
It provides 5 against 100s of other bad Opponents.
We will be brining in more powers, more opponents, more boss fights, more Action.
Keep playing this game, and keep supporting us.
King of fighters Krio is the best fighter we have right now.
There are lots to come in , Super Jon, Evil Krio, Evil Tia, Bandits, Knights, FireZii .
Hope you enjoy this wonderful game.
A action pack game with lots of fire power and Ki attacks.
Total of 5 fighting characters.
Jon (The Hero of our game)
Don (Evil brother of Jon)
Dark Don (Don Transformed)
Tia (The Awesome Girl Power)
King of Fighters Krio (The Outlaw Hero)