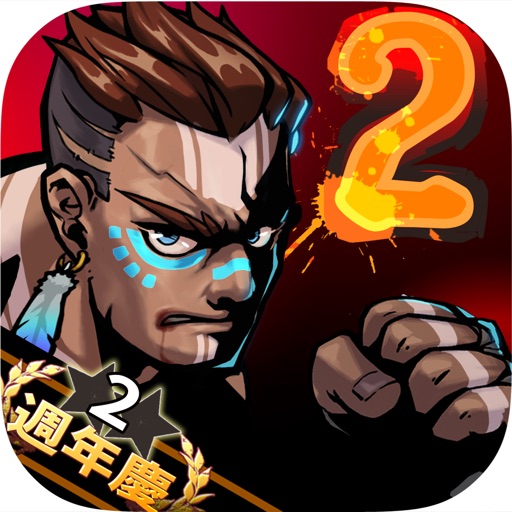 Brutal Street's sequel has finally come to fruition!
Five years is a long wait, but now that wait is over—the bloodiest gangster battles have returned!
This isn't just some casual game to kill time. Nor is it one of those pay-to-win games that have been flooding the market.
What we offer is a single guarantee—that this is THE game that'll revive all those nostalgic memories and allow you to relive the classic arcade games you grew up on!

Playing in 2P Mode, shooting barrels, picking up HP potions and weapons, and, of course, kickin' some serious enemy butt!
From Hong Kong all the way to the US of A, the fights just don't stop! It's time to assemble—all 8 heroes are ready for action!

We offer you unique, creative gameplay:
Weapon ultimates, dual-weapon setting, skill point allocation for equipment sets, and a deep connection between players and the scenes on-screen.

You name it! We have it all!

- Classic arcade elements are back!
Thugs chillin' in corners will suddenly come out and kick you.
Enemies will arrive in vans, subways, or even from the sky! They'll jump you when you least expect it.
Remember to destroy obstacles on the battlefields and pick up HP potions and weapons.
Don't let the masked thief get away! He doesn't show up very often, but when he does, show him who's in charge! Plenty of great equipment awaits!

- 2P Mode—collaborative teamwork where you fight the boss together! It's the kind of fun that brings you back to the good ol' 90s!

- Another unique system: Dual-Weapon Setting
Each hero has 2 different kinds of weapons. Choosing different weapons will change your character's normal attacks, ultimates, and even their appearance!
Gloves or knuckles? Dual guns or a shotgun? Tachi or blades? They don't just look different, they come with whole different attack methods!

- Accumulate skill points to activate set skills.
There are a total of more than 50 sets, each with more than 3 varieties. Choose your own combinations freely and activate more than 100 different set skills!

- Evolved avatar system—change costumes from head to toe!
Gangster outfit, ninja suit... every kind you can think of!

- Tougher bosses & more distinguished enemies!
A grandpa who knows Wing Chun, a heavy-built local gangster, the leader of Bosozoku... More than 10 cunning bosses will stop you from conquering their streets!

- The highly-acclaimed talent point allocation system with its high degree of freedom has returned, only even better!

- Happy Year of the Rat!
- A new Gunner Set has been released. Check it in your Equipment Illustration.
- Three girls will celebrate the lunar new year with you in Chinatown. Defeat them for a chance of getting all-new "Lunar New Year Rings." Do you have what it takes?