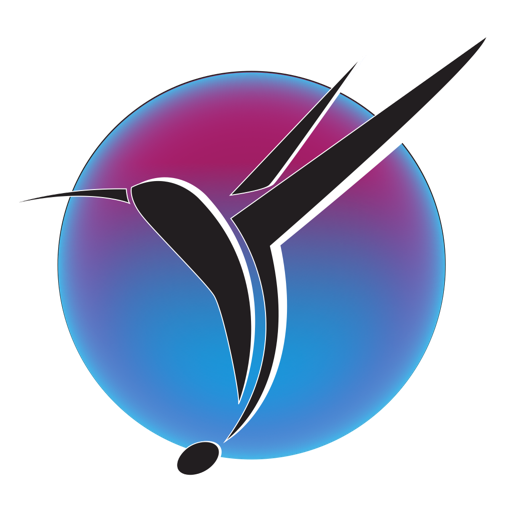 Colibri is a native macOS audio player built from scratch on top of the award-winning BASS technology, supports cristal-clear bit-perfect playback of all popular lossless and lossy audio formats, uses only a tiny amount of computing power and offers a clean and intuitive user experience.

Saves your battery
Colibri uses a barely noticable amount of computing power during the playback of your music.

Supports gapless playback
Colibri is extensively designed from the ground-up to provide a true gapless listening experience - with or without using a Cue Sheet.

Picks up where you left off
Saves your current playlist upon quitting and re-opens your songs when you start it up again.

Understands your language
Colibri is capable of rendering the song information as it was intended to be shown: of all the tried metadata it had no problem with displaying cyrillic or kanji/katakana/hiragana characters mixed with ASCII.

Respects your privacy
Colibri does not phone home, collect usage data or modify files in any way.

Displays album art - Colibri displays embedded cover art for FLAC files and ID3/iTunes artwork metadata for other files (mainly M4A / ALAC and MP3). When that yields not results then it looks in the folder where the current song resides for a cover art image.

Integrates with Finder
Colibri conforms all of Apple's strict requirements

Adjusts to your Display
Colibri's interface elements scale themselves nicely on every screen resolution and pixel density.

Thank you for using Colibri! This updates brings a bunch of bugfixes, eight new columns and some smaller enhancements. Happy listening!

ENHANCEMENTS
- Volume is now automatically raised to 100% for DSD files when DoP/DoPA mode is selected and restored to previous volume level for non-DSD files (and PCM mode)
- Unsupported DST encoded DSD and DTS encoded WAV files will now show proper Unsupported Codec error messages
- Finder sorting order is used to enqueueing files to the Playlist
- Playlist will be rendered with system default monospace font when available (macOS 10.11 and up)
- added a 'Use Default SoundFont' option for MIDI files to the right-click context menu of the Playlist
- removing the default SoundFont will automatically set the next available SoundFont as the default
- if the SoundFont list is empty, then the first SoundFont will automatically be marked as the default
- removing a SoundFont only causes playback restart if the currently played song is affected by the removal
- importing a new SoundFont will automatically set it as the default
- new switchable option in Settings -> Playlist: "Dragging to the Playlist via Mouse / Trackpad":
+ songs will be added at pointer position (insert)
+ songs will be added at the end of the list (append, like before)
- added 'Permanent Pause' to Settings -> Behavior (Off, by default):
+ pause will 'hold' until the Play button is pressed again
+ switching to a different song will 'arm'/prepare the song for playback
+ seeking repositions the playhead and it will play audio from the selected spot once unpaused
+ removing songs from the playlist does not affect the paused state
- added 'Auto-Play' to Settings -> Behavior (On, by default):
+ On: Colibri automatically plays the next song
+ Off: Colibri stops when the current song ends
- new tab in Settings: Columns
- Columns are now sortable:
+ click on the header once to sort playlist by that column
+ double click switches between Ascending/Descending sorting
- new Columns:
+ Length, kHz, Codec, Year, Track Number, Disc Number, Composer and Bit Depth
- Playlist can now have vertical and horizontal Grids:
+ useful for reordering / resizing
+ set the color in Settings -> Themes
- new Loop option 'Random Round Robin' in Settings -> Playlist:
+ each song in the Playlist will be played once per "round"
+ when all songs were played once, a new "round" begins
- monospace system fonts in Title bar and Status bar (10.11 and up)

BUGS FIXED IN THIS UPDATE
- Colibri would not display its' name in the Force Quit and Activity Monitor windows
- Colibri would prevent the system from entering sleep state
- Colibri would fail to play the upcoming song under very high system load
- Playhead wouldn't always continue from the same spot on output device change
- Playlist would have a weird glitch on startup
- Force Sample Rate would cause crash on startup
- Online Streams wouldn't always start playback
- Random playback order would sometime cause Colibri to crash
- BS2B and EQ profiles wouldn't property restore on next startup
- After starting Colibri, the playlist would become disorganized/chaotic if files had gone missing since last start
- Menubar Controller didn't always refresh the data on song change
- multiple SoundFont fixes
- network streams won't trigger a 'Problem calculating song length' error
- Menubar Controller properly shows Light/Dark control buttons as per system theme
- Colibri could crash by clicking on the EQ button while the Playlist is empty
- moving multiple songs in the Playlist at once could cause titles to be become disorganized
- dragging files / folder to the dock would not be added to the Playlist properly
- Colibri could crash on El Capitan 10.11.6 when switching between Dock and Menu modes
- Color Pickers in Settings -> Themes should now behave as expected of them

Thank you Henning Gärtner for all-around essential feedback and testing, Rick Ernsting for feedback on the SoundFont issues!