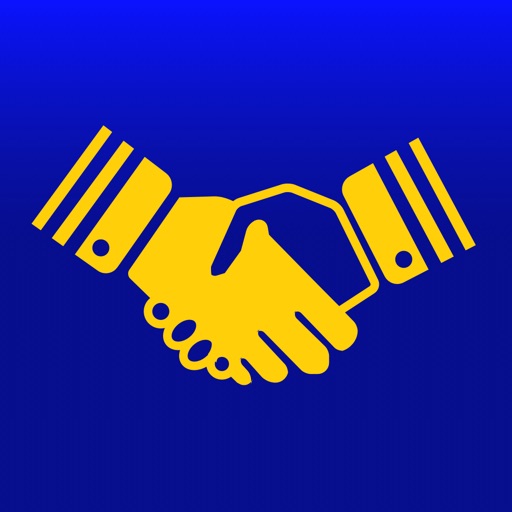 Add a whole new dimension of realism to your Infinite Flight experience with this polished, third-party add-on to Infinite Flight, the best mobile flight sim on the App Store!

Hear over 30 co-pilot voice samples during your flight, whether it's takeoff callouts like "V₁", "Rotate!", or "Positive Rate", or whether it's warnings when speed limits are being approached, or confirmation callouts when setting flaps or gear settings.

In-Flight Assistant is NOT a flight simulator itself but rather requires Infinite Flight to provide voice callouts and realistic automated warnings for your flights.

Check out a 7-minute video of the app in action at: http://www.inflightassistant.info

Start In-Flight Assistant, then launch Infinite Flight on the same device - you'll hear a confirmation that In-Flight Assistant is connected. It will now be watching your flight and provide the callouts as you configured them within the app. It's that simple!

The following callouts are provided:

Experience fully-featured GPWS warning callouts such as "TOO LOW, GEAR", "SINK RATE", or "PULL UP!" - in accordance with the specification of the real-world Honeywell MK VI GPWS system - with all 6 modes supported, including turboprop alternative settings (automatically detected whether the aircraft is a turboprop), Steep Approach Bias, Flap Override settings, and more.

(NEW) Also provides a waypoint proximity alert system and a simplified "VNAV" system where you can set altitudes and speeds you want the autopilot to have per waypoint!

The following callouts are provided:

• Autopilot disconnect warning sound (Airbus / Boeing)
• "GLIDESLOPE" both quiet and loud, depending on how low you are
• "SINKRATE"
• "PULL UP! PULL UP!"
• "TERRAIN! TERRAIN!"
• "DON'T SINK"
• "TOO LOW, TERRAIN"
• "TOO LOW, GEAR"
• "TOO LOW, FLAPS"
• "APPROACHING MINIMUMS"
• "MINIMUMS" or "MINIMUMS, MINIMUMS" (configurable)
• "BANK ANGLE" based on aircraft type, altitude, speed, autopilot setting, etc.
• "RETARD, RETARD" when landing in an Airbus

Using a headset mic, use voice commands to control many of the airplane's systems! Once it is set up, In-Flight Assistant will be listening for your voice to say things like "gear up", "set heading 2-3-0", and much more, and your co-pilot will set the autopilot settings for you!

IMPORTANT A headset and a quiet environment is recommended for best accuracy. The stronger your non-American accent, the less accurate the recognition may work.

Huge thanks to the entire Infinite Flight community for their amazing support, as well as Laura & Flying Dev Studios for providing an awesome API that makes apps like this one possible.

Additional thanks to Cam (maker of LiveFlight) for his open-source API examples.

Thanks to Jan (www.helpathand.nl) for his audio engineering assistance!

In-Flight Assistant is not affiliated with Flying Dev Studios.

- 2 entirely new co-pilot voices: Misha and Scott! Included at no extra cost!
- FIXED: airplanes with no gear option like c208 had issues when the gear needed to be down for a callout

- PA auto-resets between legs. To do so, park at a gate and completely turn off your engines (all engines must be at 0%)
- FIXED: changes to the "initial altitude" were not adopted on-the-fly, leading to callouts like the landing announcement sometimes not coming correctly.

- distance between waypoints is now shown instead of the GPS coordinates.