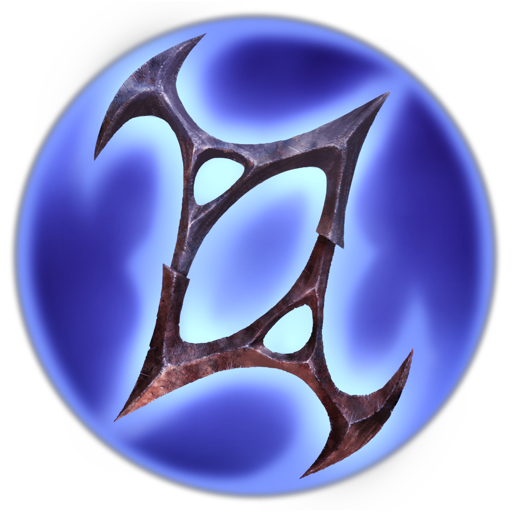 Reviewers say:
"Planescape: Torment is a wonderful game, and its Enhanced Edition is a splendid, unobtrusive, beautifying update."
-Geek & Sundry

"Planescape: Torment still stands tall as a landmark masterpiece that can continue to age gracefully, now on your phone or tablet"
-Touch Arcade

Summary
Uncover secrets of past lives in this story-rich, tactical roleplaying game set in Sigil, a dark fantasy city at the heart of the Dungeons & Dragons multiverse. Explore the planes, survive combat alongside a party of bizarre companions, and solve puzzles unlike any ever seen in the genre.

The original Planescape: Torment was released in 1999 to widespread critical acclaim. It won RPG of the Year from multiple outlets for its unconventional story, characters, and amazing soundtrack. Since then, millions of Planescape: Torment fans have enjoyed exploring the strange and dangerous city of Sigil and surrounding planes through the Nameless One's eyes.

Discover an incredibly rich story and a unique setting unlike anything else in fantasy. Defeat strange and alien creatures, engage in rich dialogue, and explore the dark and dangerous Planescape setting in this 50+ hour RPG classic.

This is Planescape: Torment like you’ve never seen before.

Story
"What can change the nature of a man?"

"What can change the nature of a man?" You are the Nameless One, a hulking figure covered in scars and tattoos collected over the course of countless lives—none of which you can remember, but are now coming back to haunt you. You are prodded awake by Morte, a floating skull and keeper of secrets, to embark on an adventure taking the Nameless One from the dirty streets of Sigil into the mysterious Outer Planes and even into the depths of Hell itself.

In your search for answers, you'll find companions matching the bizarre nature of the planes: a chaste succubus who can kill with a kiss, a confused crossbow-wielding cube, a suit of armor animated by a spirit demanding JUSTICE, and more. With these companions and others at The Nameless One’s side, you will explore worlds in search of answers, all to discover that some destinies cannot be escaped and some memories cost more than an even an immortal can bear.

Features
- Enhanced Planescape: Chris Avellone, Lead Designer on Planescape Torment, has partnered with Beamdog to curate gameplay updates, bug fixes, and enhancements to best capture his original vision for the game.
- The Planes Await: Planescape is a setting you've never experienced before, filled with strange magics, bizarre adversaries, and Dungeons & Dragons locations from across the multiverse.
- Conversations to Remember: Encounter personable items, philosophic undead, and rat hiveminds while walking the planes with the strangest collection of allies ever seen in an RPG.
- Pick Your Path: Character creation is just the beginning. The Nameless One can change his class, alignment, and even gain new abilities based on your choices.
- Remastered Music: The full Planescape: Torment soundtrack has been remastered in-game to add more depth to Sigil and the multiverse.
- 4K Interface: Sigil has never looked this good! The interface of Planescape: Torment has been rebuilt in high definition with tons of new convenience features.
- A Planescape For Today: The Enhanced Edition includes modern features such as tab highlighting, area zooming, combat log, quickloot, and more!
- Play It Your Way: Enable Enhanced Edition features as you desire or turn them off to experience Planescape: Torment in its original glory.
- Cast Comprehend Languages: Planescape: Torment: Enhanced Edition is available in English, French, Polish, German, and Korean. Note: Korean translations are text only. Voice-overs are played in English.

Bug Fixes
General
Cranium Rats spawn in fight with Many-as-One
Missing gate guard added back to the Foundry
Drusilla now realizes Ignus has been freed
Vrischika will now purchase the Portal Lens
Mantuok does not appear again after he is dead
Bonus Hit Points from CON continue to be granted after level 10
The Rearrange Party feature now works as it did in the original game
The "Linear scaling" box now controls linear scaling consistently whether using DirectX or OpenGL
"Eye" items with alignment restrictions no longer grant the player passive benefits when they shouldn’t
Exceptional strength 18/01 no longer shows as 18/1
Ravel's cutscene with TTO no longer stops before the end
Changing character class in an area now does not cause portal triggers to cancel out
The game does not end if TNO is killed in the Smoldering Corpse bar
Zoom Lock should no longer distort cinematic spells
The "Lost Item" feedback message now appears when TNO loses an item
Cutscenes return camera to the level of zoom they started in
Turning off "Critical Hit Screen Shake" in the baldur.lua file disables screen shake during critical hits
Right clicking joinable NPCs no longer produces selection sounds
Voice actor names have been corrected in the credits
Added default names to save games
The party can now get to the Pillar of Skulls when using single file formation
Dialogue about breaking out of prison does not happen if party isn't imprisoned
The GUI returns after Ravels death
Fixed Pestle Kiln’s missing textures
PST:EE supports loading M_*.lua files
Smooth Area Transitions should no longer reduces voice volume when arriving in a new area
Fixed the Lock View on Character tooltip so it does not overlap the button/arrow