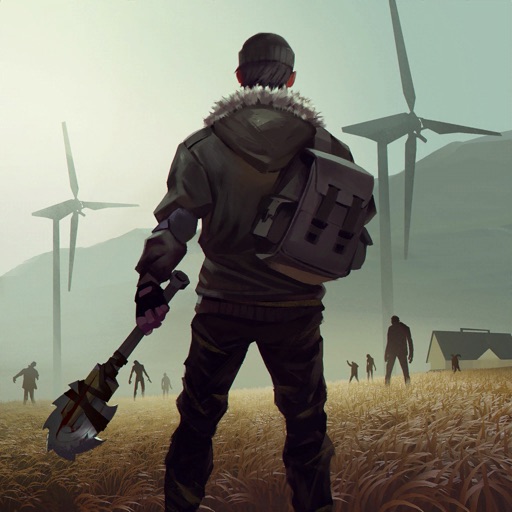 The survival shooter Last Day on Earth is set in a post apocalyptic world: in 2027 the world saw an outbreak of an unknown infection that destroyed almost all the human race. And it didn’t stop there. All those dead started turning into zombies and those few survivors that have resistance in their blood are trying to survive on the ruins of the once great world.

And now the survival of your character is only in your power! Keep an eye on your character’s life stats such as hunger and thirst, collect valuable resources for crafting, create weapons and transport of different types or use what you have at hand: a bat or a road sign. Everything will come in handy for killing dozens... hundreds…thousands of zombies!

Defeat intruders to your land not only with your power but also cunning – construct fortifications with traps or go raid other survivors’ territories for the sake of rare loot and resources. After all people can do anything to survive.

Hardcore fans will have plenty to do in tough seasonal locations. Before going to a desperate trip, equip your survivor with the most crushing weapon to hunt wild animals and destroy crowds of mutated zombies. One can reach seasonal location on a transport that’s available for crafting. Moreover if you pass the wall on the west of the map you will enter an online location where with a special costume on, you will be able to interact with other players.

Explore the large and deep-laid world of Last Day on Earth! Upgrade your hero, equip your house, loot abandoned territories, hunt wild animals and other survivors – the new world has new rules.

Will you survive in conditions like these? If so, what price are you ready to pay?

– Breaking news! New permanent location Port is waiting for adventurers!
– New personal transport available for assembling - motorboat.
– New island locations rich in rare resources found in the bay.
– Titanium and other new resources in the game. Now you can craft several kinds of firearms.
– Deliveries returned to stay.
– Let’s party in zombie apocalypse style! The Christmas season is officially on.