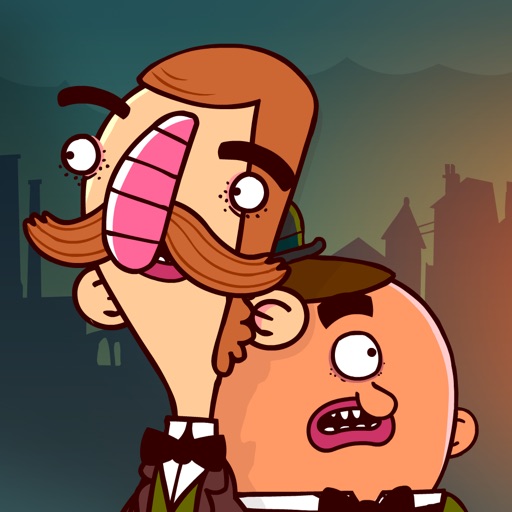 The year is 1884 and Victorian London is ready for the greatest Adventure ever told.

A wonderfully whimsical Point and Click game - A Bleaker Predicklement is a story driven detective adventure with over 60 scenes.
Can you solve the puzzles and help Bertram Fiddle finally track down the despicable Geoff the Murderer?

Explore dark alleys, talk to suspicious characters, uncover the evil plot that threatens Victorian London in this comedy murder mystery like no other.

A beautifully animated Adventure Game, fully Voice Acted and filled to the brim with gloriously detailed artwork and terrible, terrible puns.
Inspired by Hammer Horror, Sherlock Holmes, Dickens and Monty Python, it may be the most British game ever!

"The game has done a perfectly Adequate job capturing the charm of the first game, only on a much bigger scale. As I unlock more of the story, I’m continually surprised and delighted." - Appunwrapper.com

"If you enjoy puzzlers, this is definitely for you. The quirky voices and music fit the game perfectly, but the most noticeable thing is Bertram's strange nose - I'm assuming it's this large nose that helps him sniff out the clues." - Oksana Ryan, Pocketgamer.co.uk