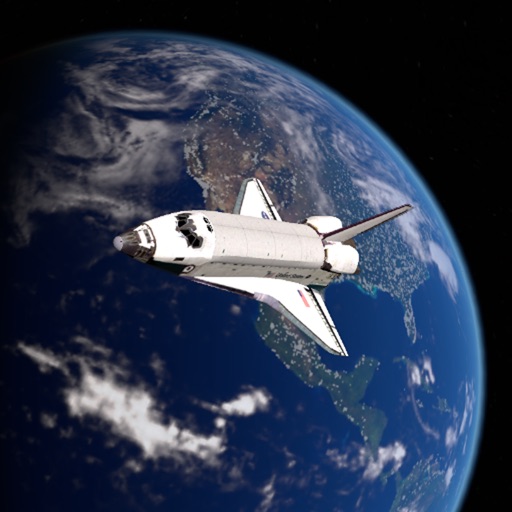 Advanced Space Flight is a realistic space simulator for interplanetary and interstellar travel. It is the only space simulator available that takes into account relativistic effects during interstellar flight.
Besides simulating space flight this app can also be used as a planetarium, with all known planets shown in real scale with their accurate keplerian orbits. It can also be used as a star chart and exoplanet explorer, showing all solar systems with confirmed exoplanets within 50 light years from the Sun.
This is the only app where you can get a sense of the true scale of the Universe, zooming out throught thousands of galaxies and galaxy clusters until you see the entire observable universe in your screen.

Locations:
- All Solar System planets plus 5 dwarf planets and 27 moons
- All confirmed exoplanetary solar systems within 50 light years from the Sun, making a total of over 100+ exoplanets.
- Over 50+ stars, including main sequence stars like the Sun, red dwarfs like TRAPPIST-1, white dwarfs like Sirius B, brown dwarfs like 54 Piscium B, etc.
- Experience the full scale of the Universe: you can zoom out from a few meters to billions of light years, until you see the entire observable universe in your screen.

Flight Modes:
- Realistic Flight: Travel using optimized trajectories, calculated based on the orbital parameters of the origin and destination planets to minimize fuel usage. These are the kind of trajectories that would be used in a real space mission.
- Free Flight: Take manual control of a spaceship in space, activating the engines as you see fit to achieve your goals.

Spaceships:
Advanced Space Flight features several spacecraft, based on present and future technology:
- Space Shuttle (Chemical Rocket): Designed in 1968-1972 by NASA and North American Rockwell. It has been in service from 1981 to 2011, making it the most successful reusable spacecraft ever built.
- Falcon Heavy (Chemical Rocket): Designed and manufactured by SpaceX, made its first flight in 2018.
- Nuclear Ferry (Nuclear Thermal Rocket): Designed in 1964 by Ling-Temco-Vought Inc.
- Lewis Ion Rocket (Ion Drive): Designed in a 1965 study by the Lewis Research Center.
- Projecy Orion (Nuclear Pulse Propulsion): Designed in 1957-1961 by General Atomics. Some early prototypes were built before the project was abandoned after 1963.
- Project Daedalus (Fusion Rocket): Designed in 1973-1978 by the British Interplanetary Society.
- Antimatter Startship (Antimatter Rocket): First proposed in the early 1950s, the concept was further studied after advances in antimatter physics in the 80s and 90s.
- Bussard Ramjet (Fusion Ramjet): First proposed in 1960 by Robert W. Bussard, design was improved in 1989 by Robert Zubrin and Dana Andrews.
- IXS Enterprise (Alcubierre Warp Drive): Based on a concept design fom NASA designed in 2008 and popularized in 2015, it was the first serious attempt to design a superluminal spacecraft.

Effects:
- Atmospheric light scattering effects, making atmospheres look realistic both from space and from the surface of planets.
- Planetary clouds that move at different speed than the surface.
- Clouds in tidal-locked planets form giant hurricanes, caused by the Coriolis force.
- Stars with volumetric corona and lens flares. Star color determined by surface temperature.
- Planetary rings with realistic light scattering and real-time shadows from the planet.
- Realtivistic effects when travelling close to the speed of light: time dilation, length contraction and relativistic doppler effect.

Join our discord community for discussions or suggestions about the app:
https://discord.gg/27xG9SJ

You can also contact me by email if you have any complaint or suggestion:
gpawlowsky@gmail.com