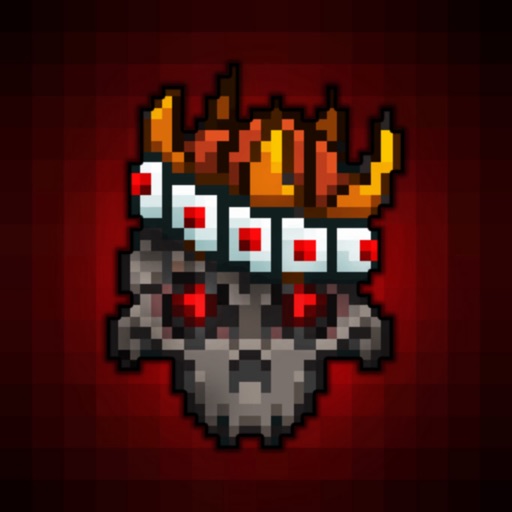 POCKET ROGUES brings old school Action-RPG flavor to the Roguelike genre. Here you must fight your way through hordes of monsters, explore unique and randomly generated locations, upgrade your guild fortress, and develop heroes of ever-increasing might if you hope to discover the lost secrets of a mysterious dungeon.

• THE GAME IS PLAYED ENTIRELY IN REAL TIME! Move, dodge, avoid obstacles, outmaneuver and outflank! Enjoy an elaborate combat system focused on character control and player skill.
• TRY YOUR LUCK AS ONE OF MANY HERO CLASSES, each with unique skills, specific equipment, and their own progression tree.
• EVERY DESCENT IS SPECIAL! From locations and monsters to loot and chance encounters, everything is generated during the game. You will never see two identical dungeons!
• THE GAME INCLUDES UNIQUE LOCATIONS, each with its own visual style, distinctive enemies, traps, and interactive objects. Once discovered, you can move freely between them all.
• Construct and improve buildings in the territory of your very OWN GUILD FORTRESS. Unlock new hero classes, strengthen existing ones, and gain access to an arsenal of fierce techniques.
• REGULAR UPDATES! The game has been supported and actively developed for a long period of time. The game’s creator works in close contact with the community and dedicated players to ensure a high-quality experience for everyone.

Pocket Rogues contains many different dungeons, each with its own unique loot and monsters. A wide variety of classes and dozens of specializations allow you to take alternative approaches to the game’s numerous boss battles, and each will test your skill in a new way. Add in Pocket Rogue’s traditional RPG components, such as character progression and exploration, and you will never feel bored!

“For many centuries, a dark dungeon has called to hapless travelers, whispering secrets and promising priceless treasure. None who enter have ever returned, and rumor says that each met an unspeakable fate at the hands of a true Evil. These gloomy legends, of course, only entice new adventurers to try their luck in the depths, eager for glory, fame, and riches beyond imagination. What are you waiting for? It’s time to become one of them!”

• The number of all the GEMS, obtained by killing monsters, bosses and for completing tasks, is increased by 50%
• Added the ability to SAVE the game before leaving, being in any normal dungeon, as well as auto-save while minimizing the game
• Berserk, Necromancer and all future PREMIUM CLASSES are available for gold
• Added the ability to start descent into the DUNGEON from a given depth
• All normal dungeons are completely FREE

For all questions, you can also contact the developer directly: [email protected]

[Gameplay]
- Items in the inventory can now be sorted by type, price, efficiency and quality
[Generation]
- Added 5 new modifiers for enhanced monsters
[Items]
- Added 5 new equipment effects and 4 new weapon effects
- Added a new type of rune - Rune of Greed, which creates a one-time portal to a random Treasury
[Balance]
- All non-attacking skills now also get a speed bonus from the character's Agility (but not from the equipped weapon)
- Level of mini-bosses increases more balanced
- The "Exploder" effect no longer deals damage to the character and his allies
- The level of creatures raised by the "Dark Ritual" effect is now equal to half the level of the killed creature, but not lower than the character's current Intelligence
- Green chests now drop not only artifacts and rings, but also runes
- Adjusted mana cost for some skills
- The cost of buying back items from the Merchant is now 20% higher than the selling price
[Misc]
- When inflicting a critical attack, the damage numbers are now highlighted not only by size, but also by "!" at the end, and a special sound effect is played
- When attacking with melee weapons on the walls, sparks will fly off from them
- The lunge animation (Hunter's standard attack) now more correctly reflects the movement of the sword
- Enemies splatter more blood on attacks
- In the Bestiary, when clicking on a monster modifier, increased stats are now displayed in green, decreased stats are displayed in red, and increased experience is displayed in yellow
[Fixed]
- Chance to deal critical damage with a bow shot was calculated incorrectly
- Assassin's Guild crit chance bonus was calculated incorrectly
- The "Through Shot" skill did not pierce enemies through
- Agility did not affect the speed of crossbow shots
- Effects "Walk" and "Battle march" did not work
- When upgrading items in the Forge, the final item could be determined incorrectly, due to which the improvement process "broke"
- When stats were upgraded to level 50, the UI moved slightly to the side
- During the application of some skills, the character froze in place
- The color of creatures with the "Plague" modifier was incorrectly reset after some effects ended
- The effect of creature modifiers on its defense was not displayed in the Bestiary
- Descriptions of some monster abilities were not displayed in the Bestiary
- Artifact auto-destruction didn't work
- With the "Breakthrough" modifier, Spirits of Stone spawned in the Grotto instead of Spirits of Earth
- Merchant clothes affected the price of items previously sold to the Merchant and bought back
- It was impossible to redeem items sold to the Merchant if the level of the "Merchant's Shelter" building is lower than 4th
- When the "Auto-equip" setting was enabled, items for the second hand removed two-handed weapons from the character
- When discarding an equipped two-handed weapon, the animation type was not reset to one-handed
- Lots of minor fixes