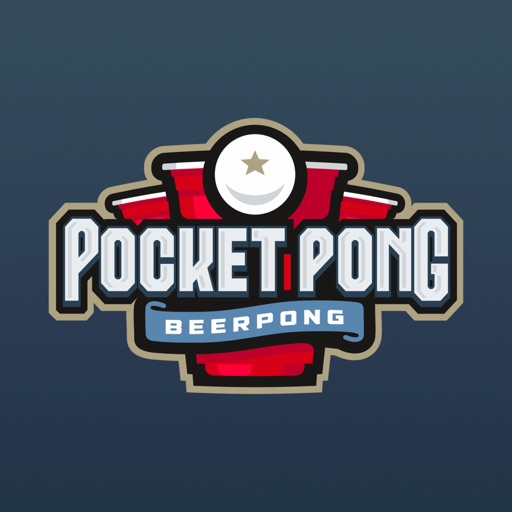 Now you can play beer pong with your friends without any cups, balls, or mess through Augmented Reality! Play anywhere, anytime simply by selecting the desired game mode and have your friends scan your QR code to begin playing!

Features:
- Local Matches: Play with your friend in the same room live!
- Global Matches: Play with a random player from around the global to see who emerges victorious!
- Time Trial: Shoot as many cups as possible within the time limit! Use power ups and build up a massive combo!
- Practice Mode: Hone your skills and try to sink all 10 cups in the least amount of time possible
- Customization: Over 30 different ball skins to choose from!
- Leaderboards: Create an account to show off your Pocket Pong Prowess
- House Rules: Play with REAL Beer Pong rules!
- Real ball physics
- No advertisements!!! We just want you to have a good time

House rules:
- Re-racks: Each team has 2 re-racks per game. Strategize your cups placement with over 20 combinations!
- Balls back: Make 2 shots in a row, get your balls back!
- Explosion: Shoot the same cup twice in a row to create an EXPLOSION, causing your opponent to remove 2 additional cups
- Island: Shoot an isolated cup to cause your opponent to remove 1 additional cup
- Bounce Block: If you opponent tries to bounce the ball into a cup, you can block the ball by moving your phone to intercept it
- Rebuttal: Once your opponent shoots their last cup, shoot until you miss. If you sink all the cups, face your opponent in a 1 cup vs 1 cup death-match!


How to Play:
- Look at a table or any other flat surface to place down the table! Drag the table on your screen to adjust the position and rotate it using the buttons!
- Stand on the side of the table opposite the color of your team’s cups (Red team opposite Red cups | Blue team opposite Blue cups)
- Try to eliminate all 10 cups before your opponent!
- Simply swipe on your screen to throw and angle your phone to aim!