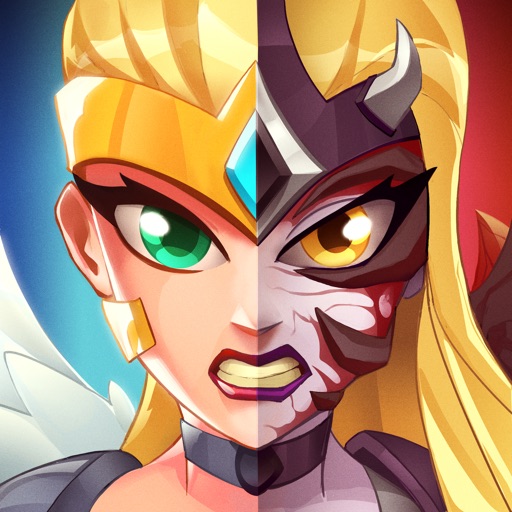 From the creators of Monster Legends comes a new, exciting RPG: Legends at War! Battle with the ultimate Hero fighting force to lead them to victory! Summon, train, and Awaken Legendary Heroes, then combine them to form invincible teams!

Collect mighty heroes, unlock their unique Skills, and use them in action-packed tactical battles. Build your fantasy kingdom, improve and upgrade your realm, then construct powerful Hero Altars to grant your Heroes unimaginable strength! Take your Heroes on exciting quests and fight epic battles full of strategy!

Conquer the World by waging war against enemies from all corners of the 5 elemental kingdoms, and prove yourself a true Master of Heroes! Earn rare materials to Awaken your characters and convert them into true Hero Legends!

Join forces with your friends and form an unbeatable Alliance to rule the game! Fight other players in the Arena in exciting multiplayer PvP battles, and climb the ranks for global domination!

BUILD YOUR ULTIMATE TEAM
- Collect and summon dozens of unique Heroes, upgrade their Skills, and construct the best team!
- Combine Heroes of different elements, roles and types to create synergies and crush your enemies!
- Develop your battle strategy and rule the Arena league to become a true Legend!

PLAY WITH YOUR FRIENDS
- Form a customizable Alliance to play with your friends and dominate together the rankings!
- Help each other via gifts and donations to grow your Hero teams stronger much faster!

BECOME A MASTER OF LEGENDS
- Level up your Heroes in make them stronger through classical RPG progression systems!
- Use rare materials to Awaken your Heroes into their Legendary form!
- Build your fantasy kingdom and fill it with gold mines and elixir labs to power up your Heroes!
- Decide which Heroes to place into Altars and boost their stats permanently!

ENGAGE IN EPIC TACTICAL TURN-BASED BATTLES
- Solve the puzzle of the best team combination and find out unique Hero combos!
- Find secret battle strategies, and build and upgrade your teams to max them out!
- Prove your tactics are the best in a fast-paced PvP multiplayer match!

Do you have the bravery, skill and technique to become a Master Summoner of Heroes? Find out with Legends at War, the action RPG that will put you in charge of the kingdom! Download it today and start battling now!

This update of Legends at War will make it much easier to manage your Alliance!
- Promote, demote, and dismiss members of your Alliance
- Check out other player’s profiles to see their Alliance, Arena stats, and Hero roster
- Monsters have been updated and are more terrifying than ever
- Find great deals in the new Magic Store
- Lots of small improvements and bug fixes to improve your gameplay experience