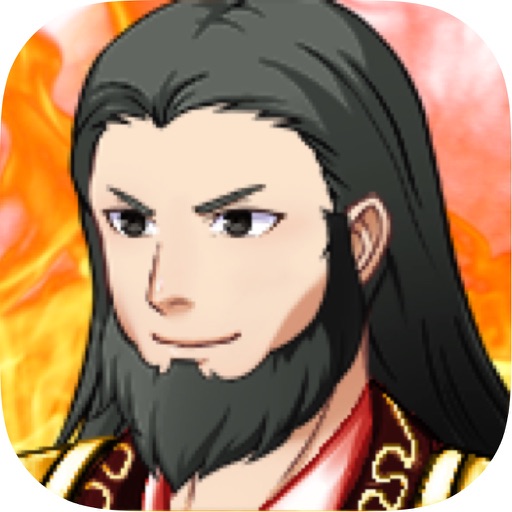 Passion of Crimson is based on romance of the Three Kingdoms as the background of the RPG game, Cao Cao's nickname is "A Man". Young Cao Cao is very clever, but do not do practical things every day, so no one in the society thinks he has a special talent, only Liang Guo and others think he is extraordinary,
Qiao Xuan said to Cao Cao: "the world will be messy, only you can save the world!" Nanyang Ho Ho said to him, "the Han Dynasty will die, this man will save the Han Dynasty!"
Xu Shao, he once said to Cao Cao, "you are a hero in troubled times".
Cao Cao was famous during the rebellion of yellow towel and participated in the war of the world's princes against Dong Zhuo. After the death of Dong Zhuo, he developed his own power by himself. He went to war in all directions and conquered Lv Bu and Yuan Shu, and accepted the surrender of Zhang Xiu. In October of 200, Cao Cao defeated Yuan Shao of Hebei in Guandu and defeated Yuan Shao again in Cang ting in 201 years, and in December 207, Wu Huan, three of the northern expedition, completely eliminated the remnants of Yuan's, and basically unified the Central Plains area. In 208 years, it became the Prime Minister of the Eastern Han Dynasty. 208 years in July, Cao Cao South Jingzhou Liu table, in December in Chibi was defeated by Sun Quan. In July of 211, Cao Cao led the Western army to defeat the Guanzhong army headed by Ma Chao, and built the foundation of the whole Wei state. In 212 years, he defeated Hanzhoung Zhang Lu. At this point, the trend of the Three Kingdoms was basically shaped. In the 213 year, Han Xian Xian sealed Cao Cao as king Wei and set up a bronze sparrow terrace in Ye Cheng, enjoying the power of the emperor and gaining the highest power. In March 15th 220, Cao Cao died in Luoyang at the age of 66. Posthumous King Wu died in Gaoling. Cao Cao did not become an emperor in his life. After he died of illness, Cao Pi became emperor shortly after his accession to the throne and pursued his posthumous title as "emperor of Wu".