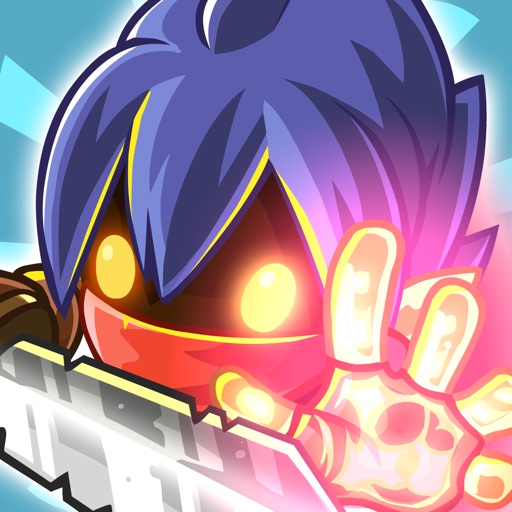 " I can’t hardly believe I’m playing a game that’s so polished, so full of personality and clever ideas, and wrapped up in fantastic visuals and animations. This game released out of nowhere and brought with it a level of polish and gameplay refinement that is rarely seen in mobile games nowadays. "
- TouchArcade Game of the Week

What are you waiting for? Grab that trusty weapon of yours, free the princess and save the world, all before breakfast! With all those sweet combos, killer finishing moves and devastating magic abilities the bad guys won't know what hit them. Don't forget to wear a costume to make you a one-of-a-kind adventurer. Will you be a sneaky ninja, smacking enemies with a frozen fish? Or a lightsaber-wielding raccoon with a score to settle? It's all up to you!

High-speed cart chases through the forest, a fishing competition in the ocean, zombie hordes and high-tech soldiers, we've got it all! This world is full of thrills, mystery and surprises the likes of which you've never had before.

What do you get when you cross a whimsical adventure, humorous characters and combat to die for? Wonder Blade - an awesome experience you won't soon forget.

The question is...
Are you ready?

Features:
* A fascinating tale of butt-kicking, love and woe that doesn't take itself too seriously.
* Spectacular combos, flashy finishing moves and butter-smooth animation.
* A variety of stages and experiences - more than just whacking bad guys with a sword.
* Bosses, mini-bosses, big bad guys and little bad guys, oh my!
* Ever rode a pig? A battlebot? A fire-breathing dragon!? Now you can!
* Collectible outfits and weapons.
* Unlock and upgrade badass skills as you level up.
* And that's just a taste! You'll have to discover the rest for yourself. Good luck, adventurer.