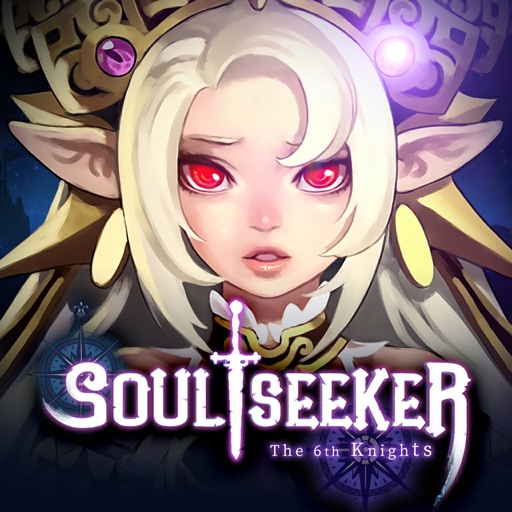 Get ready for an amazing journey with the charismatic and attractive heroes of Soul Seeker.
Fight the Evil along with the Sixth Order and find the Soulstones to save Hermes!

In the beginning of time, light and darkness collided and the great continent of Hermes rose from the seas. Five gods then protected the world and maintained perfect harmony between all life. But soon, each of them started to crave for power and domination, leading to a terrible war.

At the sight of the ruins of Hermes, destroyed by their own greed, the five gods decided to seal their powers into five Soulstones, so that such war would never happen again. Unfortunately, the war had already created on Earth 5 conflicting powers divided into 5 separate orders of knights, each one determined to rule over Hermes.

Centuries later, a legend foretelling that anyone finding a Soulstone would receive the power of the gods began to spread, and so, any one of the five orders who found a Soulstone first would threaten the harmony of the great continent. In order to find the Soulstones first and save Hermes from destruction, a sixth order was created: the Albion Knights.

* Gather your strategic team with six of your best heroes and help saving Hermes! *
- The diverse heroes and pets still have the incredible charms and assets of the original version
- Choose among 150 unique heroes for a gameplay emphasizing on strategy

* Link Heroes together to unlock buffs *
- New Link System bounds two to three heroes together, boosting their abilities
- Enter special dungeons with your bounded heroes and head towards amazing battles

* Diverse game modes for infinite experiences! *
- Go on an adventure with your team and save Hermes on Story mode
- Multiple PvE modes for more challenges and valuable rewards: Fight the Evil of Devil’s Dungeon to collect runes and battle in the Temple of Hermes to earn gems and precious items
- Compete with other players in thrilling PvP Arenas

* Upgraded controls of your heroes for better attacks *
- Team: Fight with up to 6 heroes within your team (3 main heroes, 3 support heroes)
- Touch and Drag: Position your team and target your attacks for maximum control over your battle
- Tag System: During fights, collect tag gauges to summon your support heroes to battle! Once summoned, the hero is briefly invincible and avoids enemy attacks!

* An improved gameplay for even more action *
- Reinforce your attack through incredible impact skills
- Attribute System: Use strategically the specific properties of your heroes to defeat your enemies. Each attribute (Fire, Water, Air, Light and Darkness) has its strong and weak points, play with it!