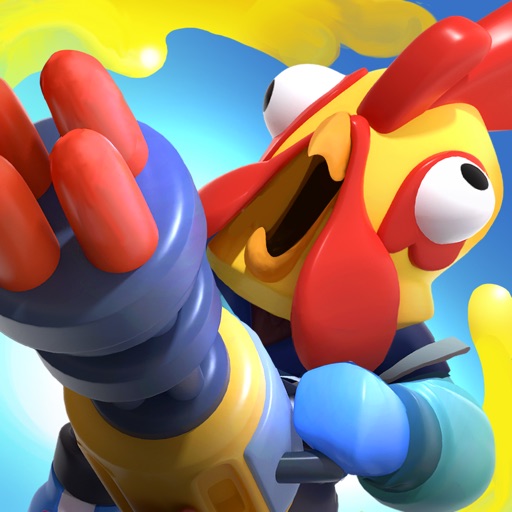 Have the food fight of your life in the #1 battle royale game on Arcade! Play solo or in squads against 31 others in fast-paced 5 minute food fights. Fire sauce-shooting, bread-blasting tools and knock out your opponents with food! Use Power-Ups to heal your squad or trap your opponents in a flood of thick, delicious milkshake!

"Never imagined I'd be battling alongside my kids in my squad. Fun and engaging..."

KNOCK 'EM OUT WITH FOOD — Pick up epic food blasters like the Breadzooka, snag silver and gold blasters from Fridge Deliveries, and fire away

POWER UPS — All's fair in food fights! Power-Ups heal your squad or slow down opponents for a short period of time

There are no ads, loot boxes, in-app purchases, chats, or tracking.

See you on the Butterfield!

- A new Powerup, the Jelly Shield has been added to the game! Use it to block incoming damage and watch it burst!
- New pre-match tutorial panels have been added to explain Chests, Deliveries, Quests and #squadgoals.
- Quests now have specific in-game terms highlighted! You can refer to the Glossary for explanations.
- Volume sliders for Music, SFX and Voice Lines in the game have been added.
- The NOM Gallery has been expanded to include Powerups and a helpful Glossary of game terms.