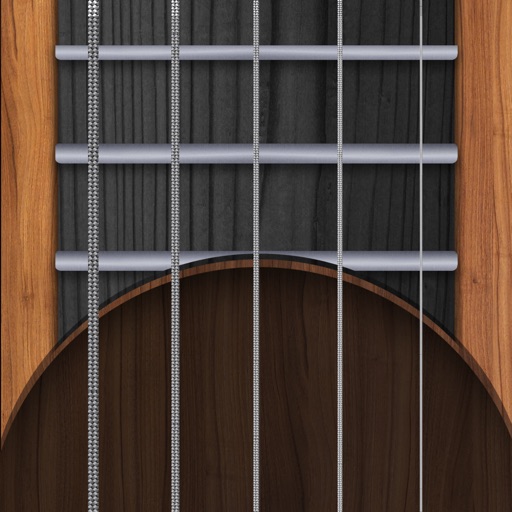 Build chords and progressions on the go:
With an included reverse chord-builder, real-world e-guitar sound and fully customizable fretboard.

Listen to your chords with real-world-recorded electric guitar audio.
Fully customize the fretboard with your own tunings, string- and fret-count.

** How does Chord Builder Guitar work? **
Tap wherever you would place your fingers on the fretboard. Be experimental! The app tells you how your chord is called, how it would sound strummed on an real-world e-guitar and of what notes its made. Tap a string on the same fret-position twice to mute/deactivate the string for the chord.

Press the "+"-Button to add a new chord to your progression. Your progression is shown in a horizontal list on the top. Tap the chord you want to edit on the fretboard or to re-play its sound.
Long-Press a chord to re-arrange it in the progression or drag it outside of the list to delete it.

Tap the Play-Button on the right side to listen to your full chord-progression. The chords are played one after another in the correct order.

Tap the Settings-Button on the lower right to change the tuning of the guitar, the string-count or the number of visible frets.

Come up with some cool, crazy or unheard chords and progressions on the go and have fun!

Customize your fretboard to any tuning or string-count! Cleaned up interface.