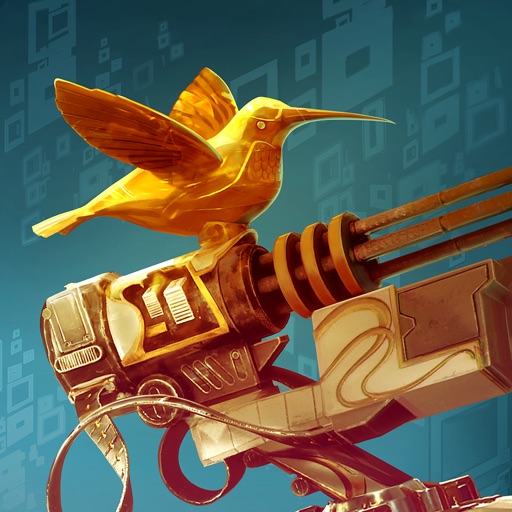 Build robots from a wide variety of components. Plan a strategy to carry you to victory. Fight as a pilot alongside your bots in exciting PvP matches or test your mettle in the single player Entropy Tribunals experience!

Customize your bots and assign them specific commands to carry out your strategy!

Pilot your creations personally and adapt to the chaos of the matches!

Manage unpredictability! No two arenas are ever the same, so plan carefully but remain adaptable as anything can happen during a match.

More of a lone wolf? Jump into the Entropy Tribunals and have a go at the single player mode, in which you’re continually tested but thoroughly rewarded for your performance!

Get in the game with Tadashi, Sabrina, Sam and A.dron.ai, as they pilot their way to victory! Take on challenges on your own, or face your buddies on multiplayer mode!

• The bigger the bot, the harder they hit! We made our bots bigger to improve visibility. Some stage elements were modified to only focus on the action.
• Take on Challenges! Face them on your own! New mode: Challenges. (But remember you can also face your buddies on Multiplayer mode).
• Your audio is now pilot-centered! You hear what your pilot hears!
• Every player has their way of aiming! We created three aiming control schemes: Automatic, Assisted and Manual. Test them out and see which one fits your style.
• Remember the Gamepad? We made bot selection and command assignment way easier
• Walls are no longer the limit! Be careful of the mighty Airstrike! a whole new bot.
• Would be nice to have an area shield, right? We got you covered: Take the Dome with you: A new defensive bot.
• Stomping with our mechs is awesome, but pummeling your enemies with mecha-hammers sounds even better! New mech weapon: Hammer.
• A little down time makes the difference: Stun your enemies with the new Stun Grenade.
• We made sure notch-screens don’t block your view.
• Attack bots are aggressive by default, while Support bots are now defensive by default.
• The usual maintenance-bug-squashing and bot-tuning was also done.