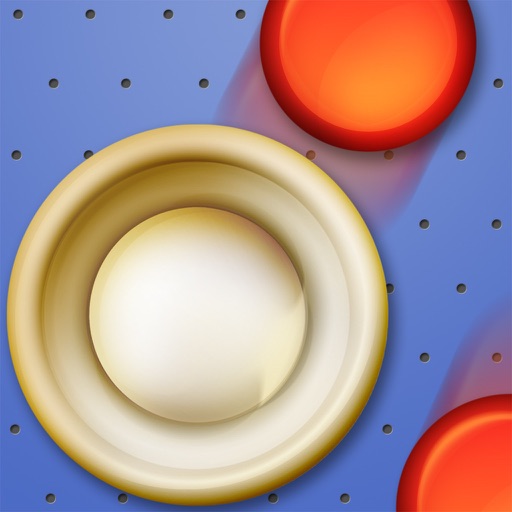 With the option for 1 or 2 pucks, this 1 and 2-player air hockey favorite is a blast for young & old alike! This is the only air hockey that lets you play with 2 pucks at once!

If you're alone, play a computer opponent ranging from Kiddie to INSANE! Get a friend and grab your mallets to see who dominates the table in 2-player mode. Try off the wall banks & combos to spoil your opponent's defenses and be the first to score 7 points - just like in real air hockey!

You'll play with easy to control mallets that aren't too big or small and a puck that rockets across the table. The goals are sized to perfectly balance rapid game play and the challenge of the game. Advanced physics and air hockey sounds make the game act and sound like you're playing on a real table!

It's Air Hockey's 10 year anniversary!! Millions of thanks to our millions of players! Here's what's new in versions 1.21 - 1.21.2:
- iPhone X support. This adds a new Air Hockey table size to fill the iPhone X's screen. It looks awesome! The new aspect ratio of the iPhone also means that wireless multiplayer games on the iPhone X will no longer work with iPhones other than the iPhone X.
- Added "Play Again" button on the iPhone build so that you don't have to go through the menu again after playing a game.
- GDPR update
- Fixed a problem that could cause a crash on startup for devices running iOS 9.
- Fixed a menu bug that caused some players' games to not start properly after upgrading.