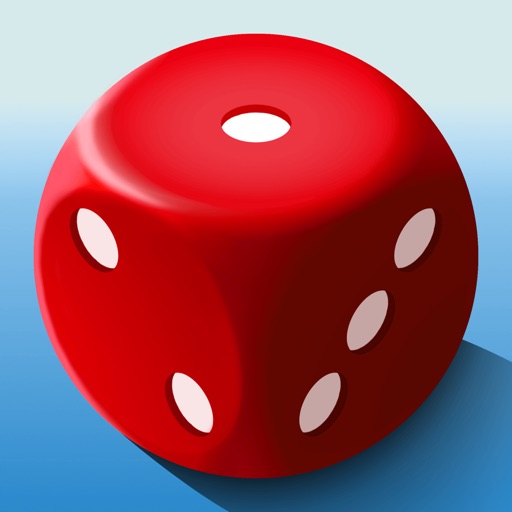 It features an intuitive interface that gets out of the way, and lets you roll, touch, and organize your dice with ease, plus improved startup times, unobtrusive sound effects, and better energy efficiency, so you can use the app longer than ever.

INTERACTING WITH DICE
- Shake the device or double-tap any empty space in the page to roll.
- Tap a die to lock it, tap it again to unlock it. Locked dice will not roll. Tap any empty space to unlock them all.
- Move dice around with your finger or fling them against each other.
- Tilt your device right or left to slide dice on the page.

ADDING AND DELETING DICE
- Slide the tab on the right side of the screen to access a tray with different types of dice, including classic role-playing and Fate/Fudge Dice™. Drag them out of the tray to add them to the page. You can have any combination of up to 20 dice on a page.
- While the tray is open, choose from a selection of eight vibrant colors on the left side of the screen.
- To delete dice from the page drag them back into the open tray.
- Close the tray by sliding the tab back towards the right.

GROUPING DICE INTO PAGES
- Create up to 20 pages to save different dice combinations on each one of them. To create a new page, with the tray closed slide left from an empty space on the last page.
- Move between pages by sliding right or left from any empty space while the tray is closed.
- Delete a page by deleting all the dice on it, and then moving to a different page.

DISCLAIMERS
- Pip doesn't feature dice formulas, logs, or automatic dice roll result calculations.
- Pip is not a game on its own! It is a physics-based dice simulation for games you already own.

3.0.1 is the Slimmer, Cat-Proof Update:
- Fixed a crash found by Holden the Cat, happening when furiously trying to add more d10s after the page is already full.
- Fixed a crash found by Pip's Old Guard, happening by the rust of Pip 2.0 still on their devices.
- Pip 3.0.1 is between 16% and 40% the size of version 3.0, depending on your device.
- Locked state of dice is now saved when you exit the app.
- Fixed shadows not showing up correctly in older devices.
- Fixed tray sensitivity, causing it to sometimes not opening but still making the sound as if it did.
- Fixed an issue that would make dice go under the tray when opening app.
- When device enters Low Power mode, Pip renders at 30 frames per second instead of 60 to save battery.
- Walls are now sloped in so dice are never rendered outside the screen.
- Dice are thrown with a more random strength when double tapping.
- Rendering reflections faster.