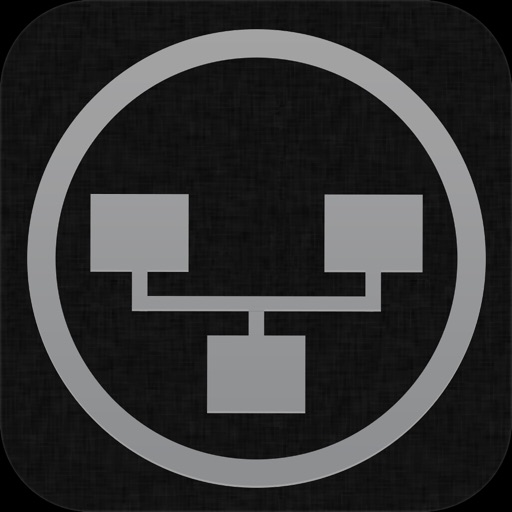 iNet - explore your network! With iNet you know exactly what's going on!
Find out about security risks and keep your network under control. Is someone using your wifi without your knowledge? This easy to use App outlines a computer network even to the unexperienced user.

Know which devices are connected to a network and  which services are running! Are there ports opened for communication with the outside world? Find out with iNet network scanner. You will get a profound answer.

iNet shows the devices connected to your local network, for instance computers or routers, along with their name, IP and vendor (Name and vendor not detectable since iOS 11). Most Apple devices are displayed with their correct icon. iNet scans on a very low level and shows even hidden devices.

All running Bonjour services are shown along with their real name.

iNet stores the last ten scans automatically. With the additional "save scan" feature you can save performed scans, name them and display them later for comparisons.

If you want to know what's going on in you computer network - iNet is for you.

P.s.: iNet is the little brother of iNet Pro. This free version of iNet offers the same sophisticated network scan engine as the Pro version. And you can easily update to iNet Pro from within iNet if you want to use its full feature set.

P.p.s.: The free version of iNet is free of nasty advertisings. You will never be bothered by popups or slide-ins that propagate other Apps.

[Added] Show all ever found hosts of a network in PDF or CSV export (Pro)
[Added] Show last address pinged in ping section (Pro)
[Added] Display of changed device names in export (Pro)
[Fixed] Correct display of scan database size after deletion (Pro)
[Updated] All databases
[Fixed] Some code enhancements
Please support continuous development by rating this release of iNet at the App Store :-)
You find a convenient link under the "i" tab.
And - have a good time!