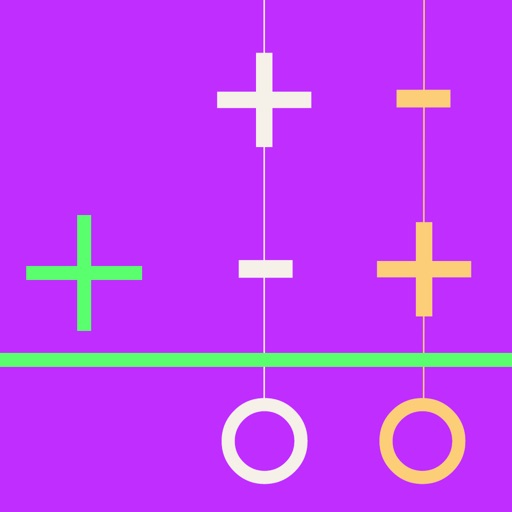 In the Opposite-Change Addition app the user can keep adding a number to one addend and subtract the same number from the other addend until the addition problem can be solved easily.

The opposite-change rules states that if you subtract a number from one addend and add the same number to the other addend, the sum remains the same. An addition problem 267 + 289 is easier to solve when it has been changed into 256 + 300.

- The numbers can have up to 3 digits
- You can set your own problems
- Three different themes
- Native interfaces for iPhone, and iPad

iDevBooks math apps have been reviewed and endorsed by Wired.com, Common Sense Media, and other respected sites and organizations.