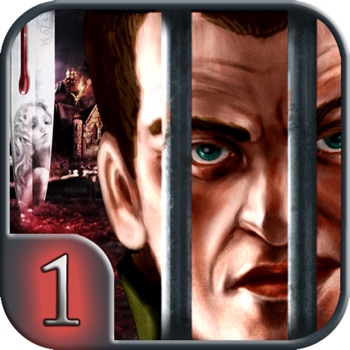 GA1: An Assassin in Orlandes

An interactive fantasy adventure! It's a book. It's a game. It's an RPG. It's a Gamebook Adventure!

First in the series of critically acclaimed interactive fantasy gamebooks in which you, the reader, control the direction of the story! Along with a realistic dice-based battle system to fight creatures, a great story and beautiful artwork, An Assassin in Orlandes will give you many hours of gamebook adventuring!

Set within Orlandes City, nobles are being systematically murdered by a ruthless assassin no-one seems able to catch. Finding yourself thrust in the middle of a large conspiracy, you must make decisions that may put yourself and one other most precious to you in great danger. Can you locate the Assassin in Orlandes before it is too late?

"Even though Fighting Fantasy books have nearly a 30 year lead on the recently released Gamebook Adventures, the team at Tin Man Games have put together an equally remarkable and entirely original virtual game book for the iPhone." - Touch Arcade

"I was both surprised and delight to find that An Assassin in Orlandes delivered one of the most engaging iOS gaming experiences I’ve had to date." - Gamezebo

•Read and dictate the direction of the story! Options based on who you have met, where you have visited and what you have found.
•Lots of achievements to collect and artwork to find throughout the book. These are placed on your achievement wall.
•Read the book casually by being able to move around freely or crank up the difficulty and be the ultimate gamebook player.
•Interactive world map which can be zoomed and scrolled.

•Read the book horizontally or vertically on your iPad.
•An automated Adventure Sheet to keep track of stats and inventory.
•Realistic physics based dice rolling. Shake your device!
•Artwork gallery. Find an illustration in the gamebook and be able to access it full-screen forever.
•Bookmarking system which saves your position in the gamebook, much like putting your fingers between the pages to remember your previous page when reading the paperback!