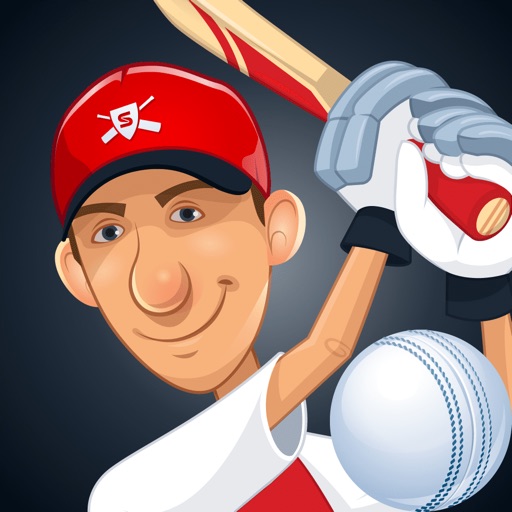 Hit out or get out in the world’s most popular cricket game, Stick Cricket®!

Easy to play yet hard to master, Stick Cricket offers you the chance to:

DOMINATE THE WORLD
From minnows to modern day masters, only a Stick Cricket legend can successfully conquer all 14 countries en route to World Domination.

WIN THE WORLD CUP
The most coveted silverware in cricket is up for grabs. Do you have what it takes to become a national hero?

SLOG THE STARS FOR SIX
Pad up for your country against the greats in All Star Slog. If their reputation doesn’t scare you, their fierce bouncers might!

WIN THE WORLD T2
16 teams battle it out in Bangladesh in an exhilarating two-over tournament tussle.

HUMILIATE YOUR MATES
Take on your friends, via Wi-Fi or Bluetooth, in the ultimate battle for bragging rights.

TEST YOUR SKILL
Get your eye in with a net session at the Academy, or take a skill test to improve your technique.

TRACK YOUR STATS
Look back at all the carnage you’ve caused! Just make sure your career run rate is more like Botham than Boycott.

TEAMS UPDATE: As a teams update was more overdue than an Australian one-day win, we got the Stick Cricket selection panel out of retirement - if only to stop Cricket Australia poaching them to fill their many vacancies.

The Stick Cricket selectors felt that the ball tampering trio had suffered enough and decided to not submit them to further pain and humiliation. As a result, we will not force them to play for an Australian team in danger of being overtaken by Bangladesh.

BUG FIXES: We’re urgently investigating a strange problem that has resulted in England winning cricket matches regularly. We promise to resolve this in time for the World Cup next year.