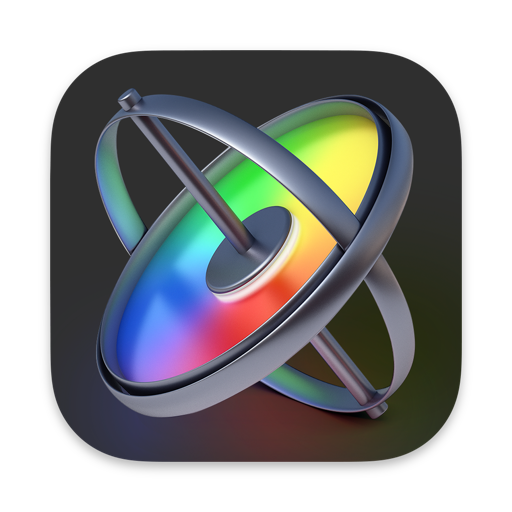 Designed for video editors, Motion is a powerful motion graphics tool that makes it easy to create cinematic 2D and 3D titles, fluid transitions, and realistic effects in real time.

Motion Graphics for Final Cut Pro
• Save any title, effect, transition or generator and access it directly in Final Cut Pro
• Customize Final Cut Pro titles, effects, and transitions by opening them in Motion
• Create Motion Templates with any combination of single parameters and rigs, that let you control a group of parameters with a slider, pop-up menu, or checkbox in Final Cut Pro
• Use Display Aspect Ratio snapshots to create templates that support multiple aspect ratios

Stunning Effects
• Choose from more than 230 behaviors for natural animation without keyframes
• Use advanced color grading filters like the color wheels, color curves and hue/saturation curves
• Create an accurate chroma key in a single step with the Keying filter
• Create your own paintbrushes and 3D strokes or use one of 140 brush presets
• Design your own particle emitters or choose from 200 presets for real-world effects like smoke and sparkles
• Use professional masking tools to quickly draw and adjust control points for rotoscoping
• Use the intuitive keyframe tools for precise control of the timing of your animation
• Add the Tiny Planet filter when adding 360º video to a non-360° project to create amazing effects
• Harness an ecosystem of third-party FxPlug plug-ins for tasks like advanced tracking, advanced motion graphics, and more

Effortless 3D
• Transition from 2D to 3D space by adding cameras
• Create 3D scenes within a 360° project for ultra-realistic 360° environments
• Set up realistic shadows that animate dynamically with the movement of cameras and lights
• Turn any shape, video plane, or paint stroke into a reflective surface in 3D space
• Import third party USDZ objects or use one of 60 premade objects in the Motion Library

• Adds a new Auto-Shrink option to the Text Layout tab of the Inspector to automatically reduce text size to fit in a paragraph, scroll, or crawl layout
• Includes UI refinements for macOS Big Sur
• Includes stability and reliability improvements