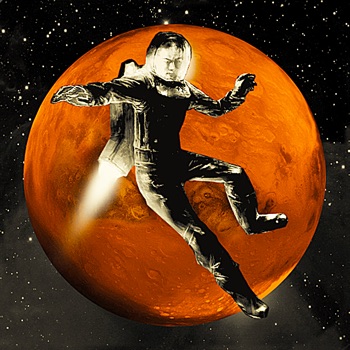 "One of the most satisfying gaming experiences I've had on this platform." "Outstanding and revolutionary."
- TouchArcade, 5/5

“The most interesting story I've seen in an iPhone game”
- Joystiq

"Superb controls; unique gameplay"
- Slide To Play, 4/4 "Must have"

"Thousands of video games ask you to take life, but very few ask you to create it."
- Paste Magazine, 9.1/10

In 2097, life is discovered on Mars. When your mission of first contact becomes trapped by a cave-in, you must master the alien ecosystem to survive. With time running out, you will make a decision that determines the fate of a lost planet.

UNCOVER THE MYSTERIES OF ANCIENT MARS

CULTIVATE YOUR OWN ECOSYSTEM OF ALIEN LIFEFORMS

- Grow a vibrant, interconnected ecosystem of exotic plants and alien creatures.
- Learn the diet, habits, and vulnerabilities of each new lifeform you encounter.
- Cultivate one species to feed another, eliminate unwanted infestations, and research unique behaviors.

ABOUT US
Tiger Style is the award-winning studio behind Spider: The Secret of Bryce Manor. We are a fully independent collective of designers, artists, and musicians dedicated to bringing original, high quality games to iOS.

Fixed crash when exiting At The Gates.