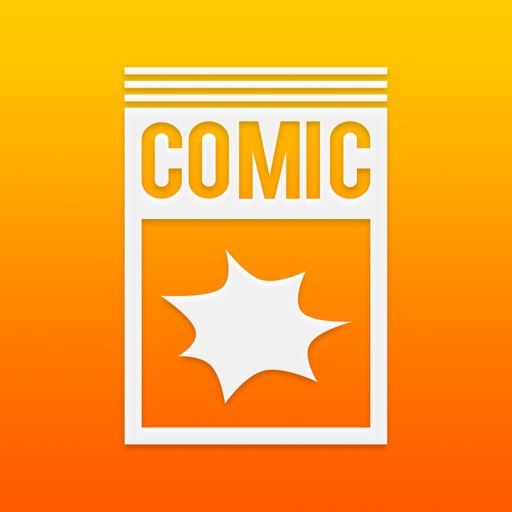 iComics® is a Universal app designed for iPad, iPhone and iPod touch that allows you to read DRM-free comics from your own collection, quickly and smoothly!

Supporting all of the major comic formats, iComics makes it extremely easy to import comic files onto your iOS device and start reading them straight away!

* Supports all of the major comic formats (ZIP, CBZ, RAR, CBR, 7ZIP, CB7, TAR, CBT, LZH, LHA, EPUB, PDF).
* Collections for organizing sets of comics.
* Hot jumping directly from one comic to the next.
* Super smooth scrolling when turning pages.
* Comics can be imported from your PC via iTunes, or from other apps on your iOS device (Such as Dropbox, or Safari).
* Comic files are never modified or destroyed (So you can get them back off your device whenever you want!)
* A slider that lets you jump between comic pages quickly.
* Comics can be read from left-to-right, or right-to-left (Great for Eastern comics)
* Page zooming can be set to reset every time a page is turned, or locked to the same scale across all pages.
* Extra wide comic pages can be split up and treated as two separate pages.
* Many sharing settings including being able to email, print or locally save individual pages!

* Fixed a bug where it wasn't possible to clear the cache because the popover was rendering lower than it should.
* Reworked the file formats definition list to be more comprehensive. This should hopefully lower the number of issues where valid comic files are greyed out in third party providers like Google Drive.
* Added support for scanning the order of comic pages inside ePub files (Any imported comics will need to be re-imported for the new pages to show)
* Fixed an issue where pages of a specific aspect ratio were getting clipped by the sensor housing on Face ID iPhone devices.
* Fixed the cool down timer when prompting for reviews, as apparently some users were seeing it far too often.