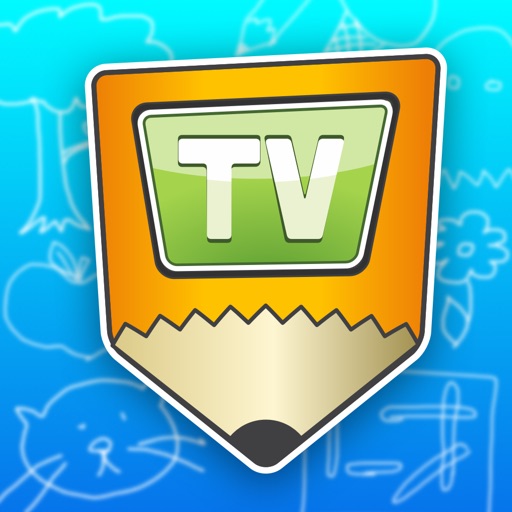 "If you like Pictionary but hate cleaning up all those scraps of paper, SketchParty TV is the game for you." - Macworld

SketchParty TV is the fun Pictionary-style drawing and guessing party game to play on your iPad and Apple TV!

A MUST-HAVE PARTY GAME
You could buy an easel, a huge pad of paper, and some markers, then write down a really long list of words and make up some rules and try and keep track of points and get marker smudges all over your furniture. But who wants to do that?

You could play a fun drawing game using items you already have around the house, like your iPad, high-definition television, and Apple TV. Just enable AirPlay Mirroring, choose sides, and start a SketchParty. It's so simple!

A TRULY SOCIAL GAME
SketchParty TV is a team game like Pictionary or "Win, Lose or Draw", and up to 8 players per team can join in on the fun. That's a pretty big party! And it's fun for ages 8 and up.

Gather up your family, call your friends, and play SketchParty today!

GAMEPLAY REQUIREMENTS
Note: SketchParty TV requires an AirPlay Mirroring-capable device and either SketchParty TV running on the 4th generation Apple TV or an Apple TV 2 or later to play. SketchParty TV can also be played using Apple's AV adapter or a Mac/PC app like Reflector. (See http://SketchPartyTV.com for device compatibility.)

WHAT THE PRESS IS SAYING
"SketchParty TV is an extremely fun app, built to entertain friends and family members for hours on end." - CNET

"It's ingenious, executed to perfection and a huge amount of fun for groups." - Engadget

"If you own an Apple TV, you need to own SketchParty TV." - GottaBeMobile

"One of the best iOS party games." - iMore

"If you like Pictionary but hate cleaning up all those scraps of paper, SketchParty TV is the game for you." - Macworld

"There are some games, like SketchParty TV, that really sing on the Apple TV." - Mashable

"SketchParty TV is a great way to get the whole family involved together in a fun game." - TWiT

Made by Matt Braun | magnate interactive