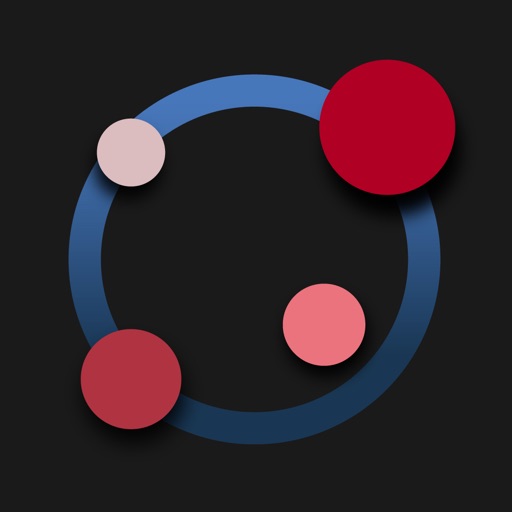 Touch, transform, and explore sound with granular synthesis, a technique involving the superposition of tiny fragments of sound, or “grains," to create complex, evolving timbres and textures.

“The best app for exploring sound just got better... This is 'go out and buy an iPad to run it' good stuff.“ -Peter Kirn, Create Digital Music

“Borderlands has floored us. It is very rare that we find an app that is not only fun to use, but extremely useful. It is truly inspiring. The interface is stunning, the sounds are so evocative: they're a film composer's dream.”
Paul Hepker and Mark Kilian, Film Composers (Tsotsi, Rendition, Eye in the Sky)

“It’s beautiful, it’s absolutely great. It goes in a completely new direction. I wish software companies would make more [programs] like that for the computer and not only for the iPad.”
Christian Fennesz, Experimental Musician. Interview from Tiny Mix Tapes, May 2014

“When I first saw the demo video for Borderlands Granular in 2012, my jaw hit the floor. My first thought was ‘THIS is what making music on an iPad should be.’”
Sean Garland, iOSMars.com

About
------------
Create, drag, and throw pulsing clouds of grains over a landscape of audio files, or use the built-in accelerometer to sculpt sound with gravity.

Borderlands comes ready to play with default sample content included, but you can also load and export your own sounds via Audiobus, Audioshare, and real time input from the mic or external audio interfaces. Re-sample recordings made within the app on-the-fly for layers-upon-layers of granulation.

You can also improvise alongside the app - touches and parameters may be recorded, looped, stored, and duplicated. Entire configurations of clouds, sounds, and automation can be saved into presets, or “scenes,” that may be recalled at a later time, allowing Borderlands to seamlessly transition between the studio and the stage.

More information is available at www.borderlands-granular.com

///Envelope Mode
-ADSR envelope may be turned on and modified for each grain cloud.
-A trigger pad appears inside the grain cloud and allows simultaneous envelope triggering and dragging of the cloud.

--------------------
Other Improvements
--------------------
-Audiobus 3 support
-Borderlands Presets and Artist Scenes section added to scenes browser with example content.
-Longer max grain duration - 6 seconds. Older scenes will still load with 3 second max.
-48 and 96 kHz sample rate options
-Input can be monitored anytime, not just when audio is recording.
-Realtime input buffers now use double buffering to reduce playhead conflicts with grain playback.
-Tempo and automation speed values are now saved / loaded with scenes
-Clouds can be rotated and moved simultaneously by touching and dragging with two fingers.
-Cloud position can now be automated while cloud is in parameter edit mode.
-Automated clouds only delete when full path is offscreen (i.e. no accidental deletion of clouds that have been automated)
-Parameter automation begins playback on touch release.
-Two finger touch of automated cloud pauses automation when cloud is not in edit mode.
-Pitch, duration, vibrato, and volume now impact grains as they are playing (rather than being queued for the next grain), resulting in responsive, instantaneous parameter changes.
-“Open blank” option in settings allows you to load blank workspace on launch
-Drop folders of sounds into the documents directory. Folder becomes header in the recordings browser.
-Switched keys to dark gray
-Solo clouds by with mute button and cloud touch
-Input recording from line in / mic is working again on iOS 12.
-Gravity / cloud edge mode functionality now works when app is in the background
-Fixed crash that could occur when deleting clouds while accelerometer is on.
-Pan automation values now update properly.
-Blank scene can now be saved without freezing the app