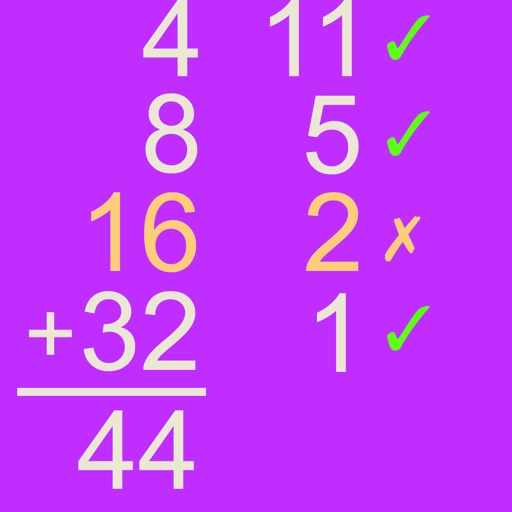 This math app can be used to teach and study the Russian multiplication method. The user can solve random or custom multiplication problems. The number of digits in the numbers can be set.

In this method is the the only multiplication facts we need to know are how to double and how to take half of a number. The method has been used by Russian peasants into the 20th century. It has also been used in ancient Ethiopia.

iDevBooks math apps have been reviewed and endorsed by Wired.com, IEAR.org, Edudemic.com, Teachers with Apps, and other respected sites and organizations.