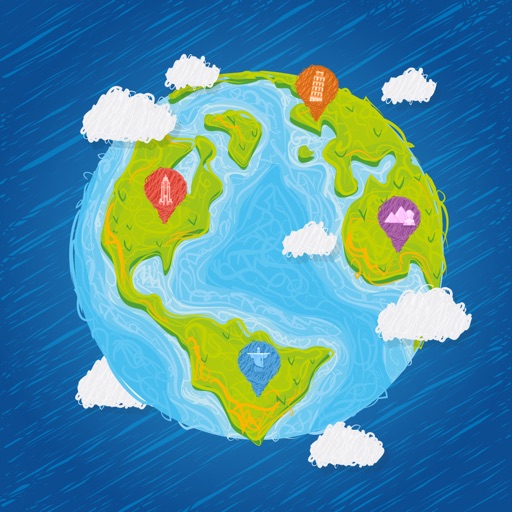 Where is that? Kids

Learn countries, states, capitals and landmarks with this geography learning game. With over 8 million downloads, it's one of top learning apps for iPhone & iPad.

GAME TYPES
› Map: Find the location by pointing on the map
› Pin: Select the right pin on the map
› Quiz: Multiple choice game with 4 options

Note: In this version, access to Internet content (e.g. Wikipedia) is protected by an age gate and online game functionality is not included. Alternatively, you can download the free version of this app without these restrictions and unlock the full version via in app purchase.

Emojis made by @webalys (https://twitter.com/webalys) under the Creative Common Attribution licence (https://creativecommons.org/licenses/by/4.0/)