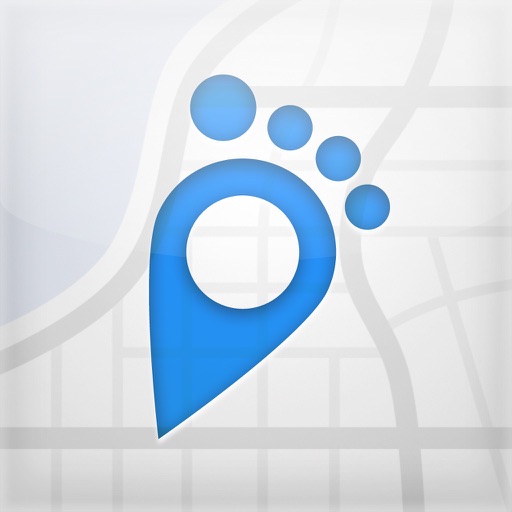 Footpath lets you plan routes and measure distances in seconds. Trace a map, and Footpath will snap to roads and trails.

Plan out that perfect 5k, morning ride, scenic backroads tour, or multiday mountain traverse. Know exactly what elevations you'll be climbing and what splits to expect. Footpath allows you to map out routes quicker and easier than ever before.

Join hundreds of thousands of users using Footpath and plan your next adventure.


SNAP TO MAP
Quickly measure distances by tracing a map. Footpath will snap to roads and trails on the map.

MEASURE DISTANCE AND ELEVATION
Know exactly how far and how high you'll travel. Plan a route that matches your goals.

SAVE ROUTES FOR LATER
Follow your progress along the route while out your run, ride, or hike

Footpath is designed to work for pretty much any activity or adventure, in any country:
• Running
• Cycling and mountain biking
• Hiking and mountaineering
• Walking
• Motorcycling and driving
• Backcountry skiing
• Kayaking and standup paddleboarding
• Sailing
• And many more!

Purchase Footpath Elite for a single route or as an annual subscription and unlock the following additional features:

You can purchase a Footpath Elite annual subscription through your iTunes account. Your subscription will automatically renew unless cancelled at least 24 hours before the end of the current period. Auto-renew can be turned off anytime by going to the Manage Subscriptions page in settings after purchase, and your features will remain active until the end of the subscription period.

If you do not want to purchase a subscription, you may also purchase Footpath Elite on a route-by-route basis with a Single Route Pass for as many routes as you'd like.


TIPS FOR MAPPING ROUTES
• For longer routes, try zooming in and mapping your route in multiple segments.
• Tap and hold the map to quickly route between waypoints and POIs.
• Did Footpath snap to the wrong roads? Trace over the incorrect segment to edit, or use the eraser tool.
• Turn off snap to roads (magnet icon) and zoom in to manually trace the map. (Try switching to a satellite layer).


CONTACT US
We've got a lot planned for Footpath. If you have any suggestions or feedback, or if you run into any issues, please contact us at [email protected]

Plan out upcoming routes for your running club, or plan a multi-day cycling tour or hiking trip. Group your routes by difficulty, activity, distance, etc—you can now organize your routes however you'd like.

Any Footpath user can import a list from a footpathapp.com link. Once you import a list to your app, Footpath will keep the list up to date with the newest changes. Perfect for running groups!


If you're enjoying Footpath:

• Leave us a review on the App Store
• Let us know if you have any feedback or suggestions: [email protected]