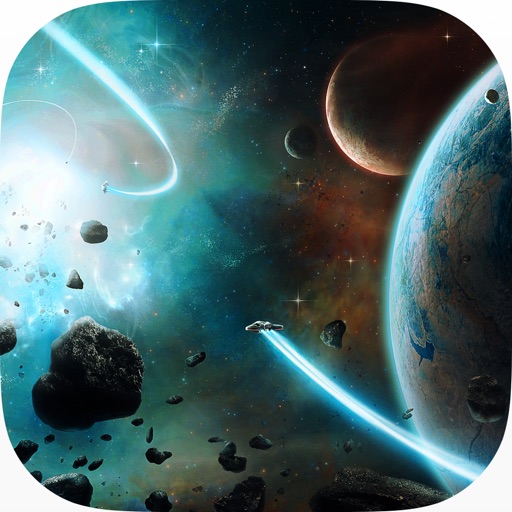 In Alien Tribe 2 you can explore space, establish colonies and expand. But beware: the evil Malloc are not at all pleased about your presence and will try with all means to stop you!

FOUND COLONIES ON DISTANT WORLDS AND BUILD AN EMPIRE

Lead your alien race from their home to the stars and discover distant solar systems and unexplored worlds. Terraform and transform barren rocks into paradisiacal planets. Establish colonies throughout the sector and protect your borders with defenses and battleships.

Fight for the alien race of the Fifo against their enemies and develop them further. They are weak at first, but new technologies and improvements make them an invincible force that can eventually build the Ark ship and lead all Fifo to safety.

THE WORLD SPACE
- Play in a randomly generated sandbox environment
- Explore space and discover new solar systems and planets
- On planets and asteroids you can mine different resources
- Meet the Ci'Tan, roaming energy beings that roam the infinite expanses and make your life difficult

FROM PLANET TO IMPERIUM:
- Dare to jump from your planet out into deep space
- Explore planets and send out colony ships. Settle your people on bare rocks or earth-like worlds
- Terraform whole planets and turn them into paradisiacal places
- Connect your planets to a gigantic network
- Build weapon platforms and warships. Protect what is yours!

NEW TECHNOLOGIES:
- Solve over 45 different missions in four areas. These unlock new construction options for buildings, weapons and ships or other rewards.
- Improve your skills in research centers

THE STORY:
For as long as they could remember, the Fifo travelled through the meta-space with their Ark ship and only left it to trade with other races. When they finally crossed over into normal space, their ship was caught and destroyed by an incredibly destructive asteroid storm. The wretched remnants of the once proud nomadic people were forced to settle on the planet Kamolon.

The Fifo wish for nothing more than to return to their old lives and the peace of meta-space. But to do so, they must find all the necessary parts for a new ark ship. Only then can they return to their eternal journey through the center of a black hole.