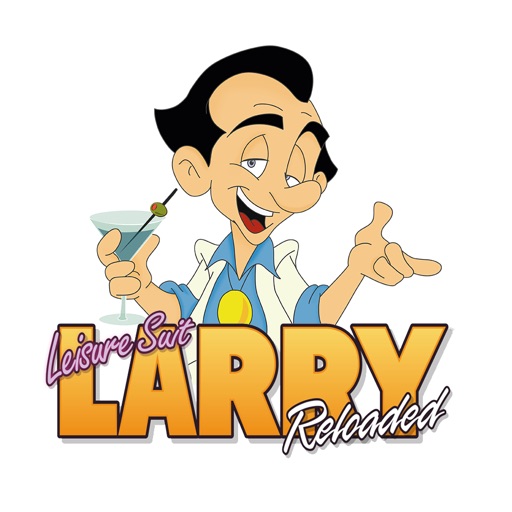 It’s not just the funniest game you've ever played…

…it’s also the most infamous video game of all time!

Leisure Suit Larry in the Land of the Lounge Lizards was first released by Sierra On-Line in 1987 and be-came an international phenomenon. The lovable loser Larry Laffer -- a 40-year-old virgin in pursuit of losing his vir….um, finding true love -- and risqué humor were unlike anything anyone had ever seen or played.

Now Larry’s original creator, the world-famous game designer Al Lowe, has teamed up with Sierra Veteran Josh Mandel, to bring this amazing, perverted game back to life – updated and expanded in every way imaginable! All we kept from the original game is the plot. EVERYTHING else is fresh and new including:

•Incredibly lush new high-res graphics! Explore all the seedy sights and sounds of Lost Wages, where fortunes and reputations go to die!
•A brand new musical score by Grammy-nominated and BAFTA Award-winning composer Austin Wintory! Fresh from completing the musical score to Journey (available for download on the PS3), Austin composed the best music Leisure Suit Larry has ever heard!
•Everything in the game was rebuilt from the ground up, including all hand-painted backgrounds, characters, and state-of-the-art 2D animation!
•Thousands of hilarious new lines, gags, jokes, and dialogues, written by Al’s old Sierra partner, Josh Mandel (aka the voice of King Graham from King’s Quest)!
•New characters, new locations, new puzzles, and a major new love interest for Larry!

What’s more, Leisure Suit Larry: Reloaded is the first major game to be released with funding by Kick-starter! Over 14,000 fans chipped in to bring Larry back to life!

Will Larry find true love? Will Lost Wages ever be the same? And will YOU want to play any other comedy adventure once you've played Leisure Suit Larry: Reloaded?

There’s only one way to find out!

“This is indeed Larry 1 at its best.”
–Richard Cobbett, Rock, Paper, Shotgun

“The city of Lost Wages has never looked, sounded, or played so good, and the additions are mostly huge improvements.”
–Shane Roberts, Gamezebo

“Fans who haven’t played the original in decades will smile, chuckle and, above all, be happy to see a character as well-designed and beloved as Larry return.”
–Alan Danzis, Mashable

“Just as filthy, funny, and heartwarming as it ever was."
–Suzanne Keller, Slide to Play Score: 4 out of 4

“You might find Leisure Suit Larry: Reloaded the funniest thing you've ever seen and certainly a bit risque.”
–Karl Burnett, TouchArcade Score: 4 out of 5

“This is a worthy remake that improves upon the original in every conceivable fashion.”
–Nikola Suprak, Hardcore Gamer Score: 4 out of 5

“Prepare yourself for something very unique and wholly unforgettable.”
–Mark Smith, Game Chronicles Score: 4 out of 5

We've brought Larry into 2016! We've improved the game from the ground up using the latest iOS 10 technologies. Larry is now better than ever!

Take a look at the new and improved Larry, and leave a review the tell us what you think!