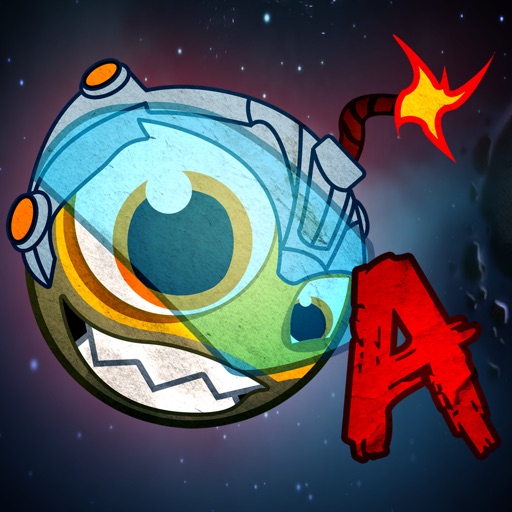 Update: Has now featured in "Best New Games" and "What We're Playing" in the app store!

One man's junk is another man's galactic battleship...

In this addictive arcade-style twin stick space shooter, you (a disgruntled waste collector) salvage the debris from each round of your destructive rampage to piece by piece transform your humble space-garbage-truck into a starship worthy of your cause.

You'll never survive. But if you're going down, you're taking as many of them with you as you can. See how long you can continue the anarchy!

Editor's Choice, TouchGen.net
"...an incredibly fun hectic romp in space where you smash, shoot and laser anything that moves ... a game well worth sinking your time and money into"

4/5 -- 148apps.com
"Starborn Anarkist is the perfect example of classic arcade game goodness, with a sprinkling of zany madness."

9/10 -- Gamereactor.dk
"When I first turned on the game, it ate up four hours of my evening. Starborn Anarkist is simply a small mobile-pearl." [translated]

Voted Game of the Week by TouchArcade members

- fixed mute problem on iOS 11.3 onwards
- new methods for getting one-off bonuses
- info on the kickstarter for our new game: Uncaged!
- bug fixes