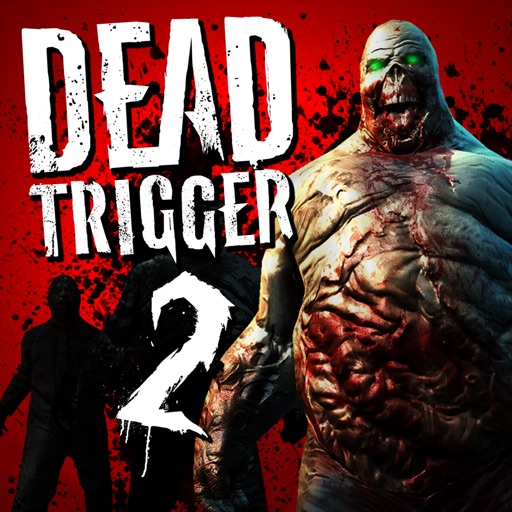 Fight for survival in a zombie apocalypse with this heart-stopping first person shooter. Choose from an insane arsenal of combat weapons and battle against the walking dead in terrifying environments around the globe.
100+ million players are now battling for the future of mankind - can YOU make a difference?

“Hours of fun in marathon sessions or short bursts.” - Gamezebo.com
“The game is improving upon everything that made the first title great.” - ArcadeSushi.com

MASSIVE, CONTINUOUSLY UPDATED CONTENT. EVOLVING STORYLINES.
The Dead Trigger 2 universe is constantly expanding its frontiers. Every update features brand new content to make your game experience even more enjoyable.
• Battle your way through ten regions and explore 33 unique environments.
• Grab your favourite zombie annihilator from 50 types of weapon. Sharpen your shooting skills and take zombies out with a bullet to the head!
• Dive into the action with more than 600 gameplay scenarios, including Solo Campaign, Global Mission and Side Quests. Complete achievements, smash challenges and receive exclusive in-game currency.

MOUTH-WATERING GRAPHICS
You’ll be blown away by our frontier-pushing graphics, including real-time water reflections, dynamic vegetation, and enhanced ragdolls. Explore varied locations and kill the undead in diverse environments ranging from the deserted mines of Africa to the alleyways of Shanghai. The apocalypse never looked so good!

TEETH-RATTLING GAMEPLAY
• Brutal enemies - Some of the easier to kill zombies might be a soft target for a sharpshooter, but you’ll need more than one shot for a formidable array of bosses. Get ready for Kamikaze, Vomitron and more - powerful walking dead with an inventive approach to your extinction.
• Awesome weapons - Get to grips with melee weapons like the Big Hammer, Boat Motor and Machete. What’s our favourite? Check out the Grenade Chickens, Rocket Chickens and special Machine Gun mounted to Chickens. You’re gonna love ‘em…
• Real time story development - Join the Global Resistance and tune in to stay informed as the global gameplay develops, where the actions of every single player can directly influence the tide of war. Immerse yourself in different types of operation including Story, Global Mission and Side Quests.

TONS OF FEATURES
• Tournaments for Real Prizes - Get ready for some serious shooting! Go to war with players from all over the world in the Arena, featuring custom combat gladiator rules every week. Become a legend in the new Purgatory arena…
• The Finger is Mightier Than the Gun - Choose between a touch control target system designed especially for casual players or an enhanced virtual joystick for FPS veterans. If you prefer console gaming, then go ahead - Dead Trigger 2 supports MOGA.
• Explore your personal hideout and meet the Gunsmith, Scientist, Smuggler and Engineer. These NPCs will help on your quest for survival as you unlock incredible new weapons and gadgets.

GREAT NEWS!!!
Dead Trigger 2 Update 1.5.2 is here.
With lots of awesome improvements and bug fixes.
New Feature:
- Ironsight has been made visible in autofire mode

Fixes:
- All gameplay types are now available in Generic Missions
- EggLauncher now does the exact damage

We really appreciate all the feedback that you sent us.