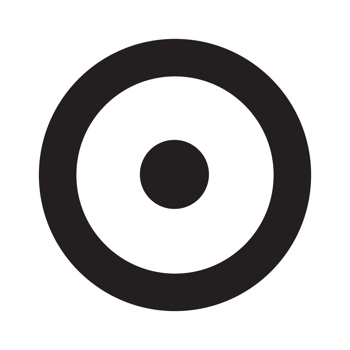 Apollo MIDI Controller provides fast MIDI connections over Bluetooth, and can be configured to route MIDI between apps in a variety of ways. It also features configurable keyboards and pads; control multiple apps easily, all from one place!

MIDI over Bluetooth is faster and more reliable than MIDI over WiFi; you'll be amazed by the difference! With Bluetooth, there are no wires to tangle, no adapters, and the dock port still available to charge your device!

This app has been featured on Synthtopia, Discchord, DubSpot, Music App Blog, and many more. Try it, and see what the buzz is about!

--
MIDI connections between iOS devices, or between iOS and OSX, have been a continual problem; hardware MIDI adapters are expensive and bulky, while MIDI over WiFi introduces too much latency.

With Apollo, MIDI can be sent over Bluetooth LE wireless connections, eliminating hardware adapters, and providing much lower latency than is possible with WiFi. Apollo uses Bluetooth LE: this is supported by the iPad3 and newer, the iPad Mini, the iPhone 4s and newer, and recent Mac desktop and laptop computers.

Does Bluetooth LE make a difference? Just take a look at the comments from iOS news sites and users from around the world --
=====
"You'll be amazed at how much more responsive everything feels" -- Tim Webb/Discchord.com

sm.01: The app is UNBELIEVABLY AWESOME!!! 5 STARS
This is a TREMENDOUS app! I measured the latency of the MIDI signal, and it is less than 512 samples (11 msec) which is AWESOME for Bluetooth transmission!!! Way to go devs! Just keep it work! Will use it in full!

Gemini_Knight05: This app is a gamechanger. 5 STARS

totenhoff: Latency buster 5 STARS If your Mac/iPad is Bluetooth 4.0 LE enabled it’s a must buy.


Install the app on two iOS devices, select an "A" endpoint for one, and a "B" endpoint for the other. Press the search button on both, and a Bluetooth connection will be established. After connecting, MIDI messages sent to Apollo running on one device will be forwarded to the other -- and these messages can then be redirected to synthesizer or sequencer apps.

In addition to MIDI connections between iOS devices, Apollo can also be used to connect to Mac desktop and laptop computers. Recent iMacs and MacBooks support Bluetooth LE; for older Macs, a USB Bluetooth adapter may be required. The OSX version of Apollo is free, and is available in the Mac app store.

Visit the support web link for a video demo and more details about the app.

** Important ** Apollo is not compatible with the iPad1 and 2, and the iPhone4 and earlier. Please make sure that your device supports Bluetooth LE. The iTunes App store has no way for a developer to specify which devices can support an app, other than an iOS version restriction. In iTunes, the compatibility is listed as "any iPad" -- this is not correct, and we have no way to correct it. While the app will install on older devices, they do not support Bluetooth LE, and the app will not function as intended. Before you purchase the app, please make sure that you have one which does support Bluetooth LE (iPad3 and newer, iPhone 4S and newer).