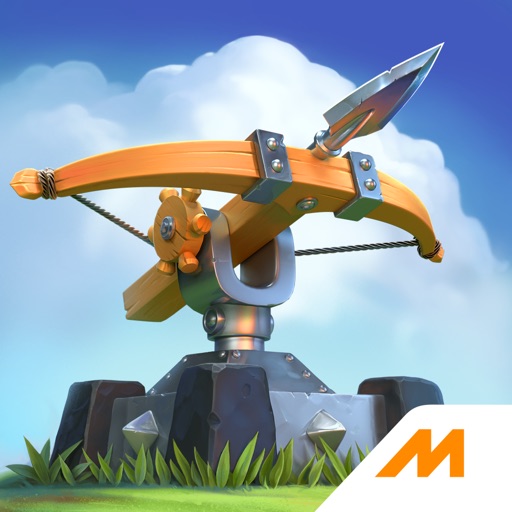 Use your best tactics in Tournament mode! Get ready to clash with monsters in thrilling weekly tournaments. Command your troops as you clash against your friends for bragging rights and all the top prizes! Track your Facebook friends' progress on the map – know your foe and be the last defender standing!

Step into the role of a 10th-century commander and become the equal of Richard the Lionheart! Recruit and command your kingdom's warriors, wizards, archers, and healers to create a powerful defense and destroy the enemy’s forces! Become the greatest defender of your castle and feel a rush of courage as you free your people from the vile monsters rampaging across your kingdom!

- Immerse yourself in a fantasy atmosphere in intense TD games!
- Incredible graphics with an amazingly detailed medieval environment
- Defend your base against evil generals at the end of every wave!
- Tournament mode gives you the opportunity to win prizes against your friends or the entire Toy Defense user base on a weekly basis!
- Invite your friends to join you in a world of might and magic!
- Absolutely unique levels with non-recurring gameplay!
- Over nine types of enemies, from trolls and goblins to dragons and mercenaries
- Win games with your own unique strategy using six specialized tower power-ups
- Four useful gameplay bonuses: meteorite, recovery, regeneration, and freeze
- Collect all the achievements, test your mettle on the battlefield, and enjoy a lengthy campaign as you defend your kingdom!

Feel the thrill of medieval battles! Perfect the skills of your warriors, build more defensive fortresses, and devise your own strategy to dominate the enemy’s armies
as the ultimate defender! It's time to rid your lands of evil once and for all!

More than 15 million fans all over the world are playing the Toy Defense franchise! Be the first to discover the third entry in the Toy Defense series, Toy Defense 3: Fantasy! Wage war against hideous goblins and terrifying dragons as you defend your base! The most epic magical battle of all time is waiting for YOU!

PLEASE NOTE: Toy Defense Fantasy is free to download and play. However, some game items can also be purchased for real money. If you don't want to use this feature, please disable in-app purchases in your device's settings.

Performance and stability improvements. Hone your skills in battle with the undead!