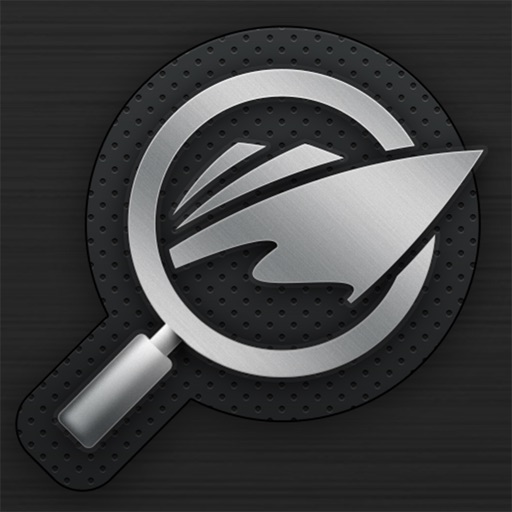 Ever wondered what ship it is you see passing a few miles off the beach?? This App gives you the ability to find out all the details of the ship, including size, speed, course, destination, estimated time of arrival and much more. All done with an easy to use and great looking App, which supports both iPhone and iPad.

What people are saying about our App: "Best user interface of any ship app I have tried" B. Colson, Maine. "Love the graphical design and the large icons that makes it easy to determine the ship type" R. Clark, London.

OpenSeaMap data is now accessible from within the app giving the possibility of showing the map data delivered by OpenSeaMap which includes seamarks, navigational rules and buoys in many areas of the world.

Furthermore, you may measure the distance to the ships from your position, as you may measure distance between any two ships. This will show you if they are really on collision course or if it's just an illusion.

See the ships displayed on the map with large and crystal clear icons.

Built-in compass and "direction" vector which helps find the direction of the ships and vessels.

Furthermore, images of the ships may be watched or uploaded directly from the app.

Also we added the possibility to place user defined waypoints on the map (press and hold your finger on map). The waypoints can be used as measurement points from the user or between ships. Furthermore, by pressing the waypoint the position is copied to the clipboard, making it easy to paste positions into other applications. Pressing the callout of the waypoint will prepare a text message with the position ready to send to other users.Once the text message is received the user can press it and get the position up in google maps apps. This functionality has been requested by search and rescue workers who would like a tool to help pin point positions to colleagues out at sea.

Make sure to check out our FREE version of the app (Trackaship Superlite) before buying if in doubt about the coverage of you local area. The free version will show the same ships, but not any details.

Data is collected on a voluntary basis and may change without notice. If you live in an area with poor or no coverage, you have possibility to improve the situation. Send an email to bbmtrackers@gmail.com and we will contact you.

Please note that the accuracy and reliability of data in this app are not covered by any guarantee and that, under no circumstances should be used for navigation. This app is no substitute for proper maritime instruments.

We changed a number of important things in this version:

* Ship icons now points in the heading direction (i.e. the direction of the stern compared to geographical north). If heading is not received the icon will show the direction of the course - this is often the case with sailing boats.
* Course pointers are fixed in this version. They show where the ship will be in 15 minutes if it continues along the existing course and speed. Course is the actual direction the ship is moving over ground (so it includes wind and water forces).
* Base stations in the AIS system are now shown with an antenna symbol - rather than a "Not Available" icon that confused our users (with good reason).
* We put all of the help videos in the app on Youtube.com and shows them from there in order to reduce the size of our binary.

If you like our app don't forget to put a great review on the Appstore as each new version clears out the old ones.

Do not hesitate to write if you own an AIS receiving station and want to share your data with us (bbmtrackers@gmail.com)