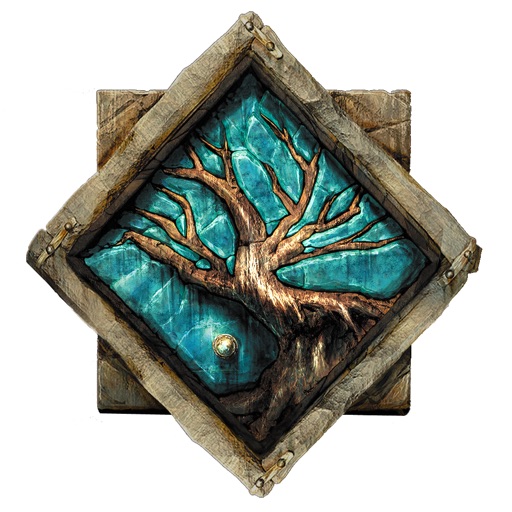 Evil stirs beneath the Spine of the World.

In the northernmost reaches of the Forgotten Realms lies the region of icy tundra known as Icewind Dale. Journey deep into the Spine of the World mountains, a harsh and unforgiving territory settled by only the hardiest folk. Encounter fearsome beasts that have learned the cunning and ferocity needed to survive among the snow-shrouded peaks. Confront an evil that schemes beneath the carven glaciers and mountainsides to wreak destruction upon the face of Faerûn. This is the world of Icewind Dale: Enhanced Edition.

Originally released in 2000, Icewind Dale is a Dungeons & Dragons game set in Wizards of The Coast's legendary Forgotten Realms. This Enhanced Edition allows a new generation of players to experience this epic adventure.

- Swords and Sorcery: Discover dozens of new spells and items, including new magic armor and weapons.

- A New Look: Experience the Enhanced Edition's all new interface, including the new Quickloot bar.

- More to Experience: Enjoy the countless bug fixes and improvements that await you in Icewind Dale: Enhanced Edition!

Features
The Lance of Disruption spell projectile is now distinguishable from Alicorn Lance.

Fixes
If a party member is dead the game should not crash after captive villagers leave.
In Trials of the Luremaster, the Magic Mouth should open if the required skulls have been obtained.
In the Heart of Winter, it should be possible to enter the boathouse in Lonelywood.
In multiplayer, games should not crash while on the arbitration screen.
It should be possible to sell a quantity greater than one of rings or similar equipment from a container.
The iOS Export Character UI should use the Icewind Dale Character Extension.
In the iOS multiplayer, a player’s party members dying should not cause the other player’s game to hang.
You should not be able to dual-class if the requirements are not met.
Restoring the Elven Shrine quest should show as a completed quest when finished.
Result of single combat with Presio should not be said by party leader.
Color choices sliders should not lag when dragged.
In iOS multiplayer, the title should not become unresponsive and crash when starting the dictation mode while entering a password protected session.
The ranger spell version of Minor Spell Deflection should use icons from wizard spell of the same name.

Localizations
New Priest of Tempus dialogue should not play in English for languages with localized audio.
In the Italian voiceover, Attack Sound 3 of the “Female Mage 4” soundset should match its text.
Italian voiceover should not be missing for Heart of Winter player soundsets.
Turkish text should not be different if the party leader is female.