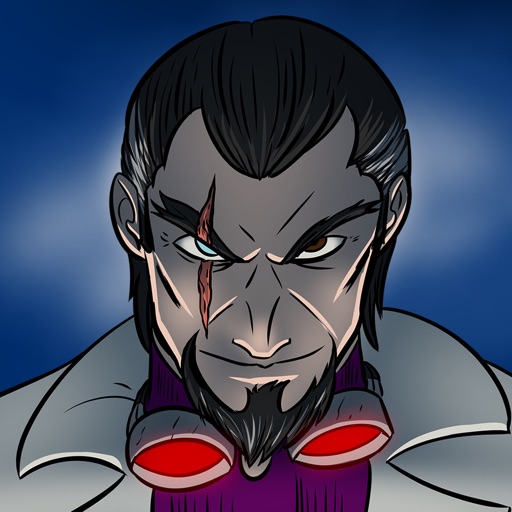 Sentinels of the Multiverse

“This is a must have addition to your digital board game collection.” - Bradley Cummings, BoardGameGeek.com

“Sentinels of the Multiverse is another great adaptation that continues to bridge the divide between tabletop and tablet screen.” - Rob Thomas, 148Apps.com

“Whether you’re a fan of tabletop gaming or not, this game has a lot to offer.” - Conor Lorenz, Gizorama.com

“The quality of the app is phenomenal, the production is beautiful, it’s just a lot of fun - Definitely worth $10!” - Duke of Dice Podcast

Calling all Sentinels! Do you have what it takes to defend the Multiverse? Compose a team of comic book heroes, each with their own playstyles, backstories, and grudges. Pit them against a variety of maniacal and formidable villains. Defeat your enemies and save the Multiverse!

Sentinels of the Multiverse is the award-winning game in which players join forces as heroes to combat a dastardly villain in a dynamic environment.

The digital version of SotM plays like a comic book come to life! Control an entire team of heroes in single player, or head online and join heroes from around the globe in multiplayer. This is cooperative card-battle like you’ve never played before!

It also includes several unlockable variant cards:
• Variant heroes with alternate powers and backstory
• Variant villains bring an all new twist to the battle
• All are unlockable via secret Sentinels storyline-based challenges!

Every rule & interaction in the game has been carefully adapted and thoroughly tested by expert Sentinels players, as well as the designer himself. If you’re wondering how a certain situation works in SotM, this game is the ultimate rules lawyer!

Features:
• Original music brings the Multiverse to life like you’ve never heard before. Rock out to the official Sentinels Theme Song, ambient tracks for each environment, and ending themes for each villain.
• Beautifully rendered environment backdrops put you right in the action.
• Brand new artwork for every Hero and Villain in the game, created by SotM artist Adam Rebottaro himself.
• Over 9,000 different potential battles to choose from.
• Play a solo game with 3 to 5 heroes or pass & play with your friends.
• Cross-platform online multiplayer with friends and others from around the world.

The recommended minimum amount of device RAM is 1 GB. Playing on an iPad 2, iPad mini, iPhone 4s, or iPod touch (5th gen) is possible but may result in a degraded experience.

SotM: The Video Game is an officially licensed product of “Sentinels of the Multiverse®” from Greater Than Games LLC.

For more information, check out SentinelsDigital.com

This update includes a number of bug fixes, notably:
- Damage to Faultless is now correctly calculated when there are multiple increases and reductions.
- If a target is hit by multiple instances of damage from a single effect and they switch cards (e.g. Sky-Scraper or OblivAeon), the switched in card is no longer damaged again.
- Fixed a problem where OblivAeon mode could get stuck in certain cases with The Sentinels.
- Lead from the Front now properly redirects damage dealt by Heroic Infinitor (who is a villain card, but a hero target).
- Rudder in the Timestream no longer gets stuck with empty discard piles when Isolated Hero is in play.
- Destroying projections while Violent Nightmares is in play no longer causes them to be removed from under The Dreamer.
- If both damages from Rend Minds & Souls are redirected to a single character, they only have to destroy one card.
- Fixed a problem where Dark Watch NightMist's 3rd incapacitated ability did not always work with mission rewards.
- Improved decision prompts for Craft Services Table and other cards with The Sentinels.
- Spite now properly hits Sky-Scraper from PL626 Compound Xi if she switches character cards during the power use.
- When Vitalized Thorns is revealed from the environment deck and played, it counts as being played from the environment deck.
- Targets moved under Resurrection Ritual while dealing damage will no longer continue dealing damage.
- Grasping Shadow Cloth no longer tells you what the top card of the Scion deck is if it prevents a card being played from there.
- If OblivAeon changes pages during its end of turn damage, it will not continue performing any actions from the previous page.
- Incapacitated abilities now work properly with repeated decisions.
- Fixed a problem where the game could get stuck if you destroy Spite: Agent of Gloom on challenge mode during his card play phase.
- Paradoja Figurehead can now be moved to play areas where there is a face-down copy (or a copy underneath another card).
- Fixed a problem interaction with Maze of Mirrors and Global Devastation that could allow OblivAeon to damage itself.