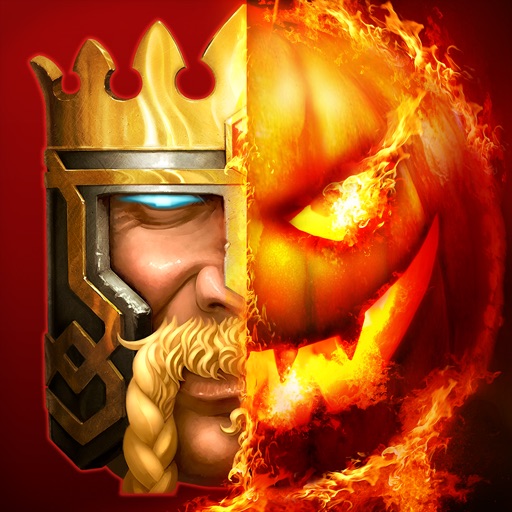 Conquer kingdoms in the epic war game that pits your army against friends and enemies from all around the world. With 3 new civilizations and a new Popularity ranking feature, Clash of Kings has even more PVP territory to explore and conquer!

Download Clash of Kings and experience the fantasy world of PVP medieval combat.

Join thousands of other clans in a massive PVP war for control over the kingdoms. Build up your army and shore up your defences with upgrades to your castle and army barracks to withstand even the most powerful PVE attack. Use tactical, strategic MMORPG gameplay to prevent a siege, battle enemies and manage your city’s resources to become one of the most powerful lords in the Clash of Kings realm.

Strengthen control over your kingdoms by building farms and sawmills to gain resources for your army. Build and maintain alliances with other leaders and fight using real time battle strategy.

Explore the new civilizations of Dragonborn, Viking and Yamato. With new heroes each with their own specialties battling it out in the ancient valley, these battle-tested warriors are ready for PVP combat within the ever expanding CoK fantasy world.

Download Clash of Kings, battle enemies for top billing in the Popularity feature and take control of the realm in this epic MMO PVP war!

Please note:
● Payment will be charged to your iTunes Account at confirmation of purchase
● Subscription automatically renews unless auto-renew is turned off at least 24-hours before the end of the current period
● Your account will be charged for renewal within 24-hours prior to the end of the current period, and identify the cost of the renewal
● Subscriptions may be managed by the user and auto-renewal may be turned off by going to the your Account Settings after purchase

"Newly Added
Magic College
In the magical land, Ice interweaves with fire, light tangles with darkness. Who can make full use of these powerful magic elements?
- [Magic Book] and [Magic House] will be added to the College
- Draw Elements including Ice, Fire, Light, Dark and Wind in the Magic House, and use the elements to synthesize powerful elements magic in the Magic Book
- Activating elements magic will provide not only attributes bonus, but also different passive skills
- Setting different combinations of Magic will be the key point of winning a battle

Other adjustment
- Fixed the display error of Lords Avatar Frame"