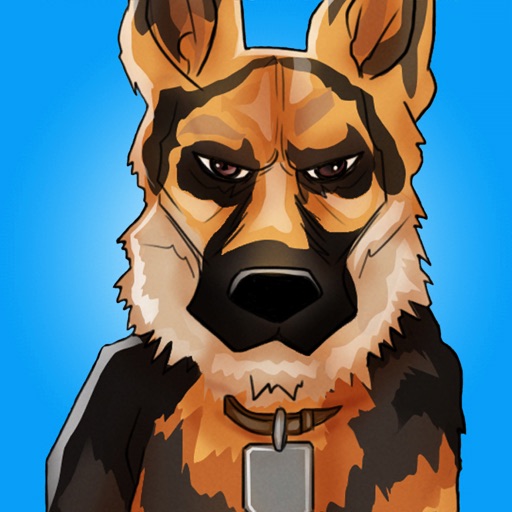 Get 'Em is an action packed, first of its kind, open world free-roaming video game! Play as superhero crime fighting dogs, on a mission to track down the city's most ruthless gangster, save their dognapped friend, and make the police K9 unit! This is not your typical game APP. Get 'Em is a full-fledged video game, made for mobile devices!

After Leila, a helpless Yorkie is dognapped, three best friends come together to find out what happened. You can start the game by picking one of 3 characters. Are you going to be Pump, the resilient Doberman, Bentley, the fierce Chihuahua, or Marley, the kind Beagle? As you accomplish more missions and get closer to tracking down the city's mob boss, you meet and unlock more dogs along the way! Not only can you play as many different dogs, but you can customize each dogs outfit, and enhance their powers!

You have never played a game like this before! Get 'Em is fully indie-made, and will feature many different styles of gameplay, which will definitely tailor to everyone. Have you ever wanted to be an animal, in a big city? Have you ever wanted the ability to play a 3D cartoon or comic book like a video game? If you like first person games, guitarhero-style games, third person games, infinite runner games, top-down games, and open world games, Get 'Em is for you! If you love challenging games, dogs, action, adventure, and crime fighting, Get 'Em is for you!