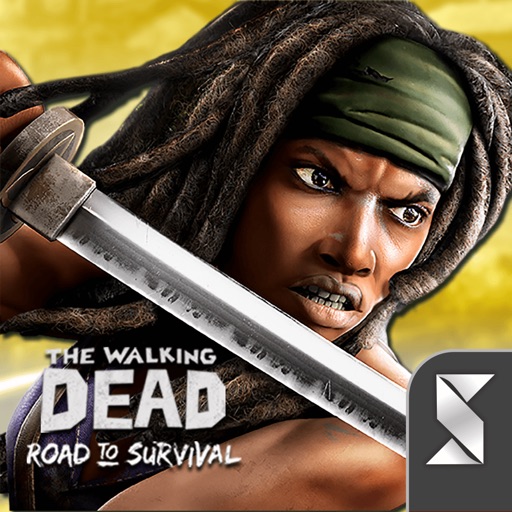 The Walking Dead: Road to Survival is the official strategy RPG game of The Walking Dead. Join Rick, Michonne and other iconic Walking Dead characters and build your ultimate team of survivors as you battle through the zombie apocalypse.

The Walking Dead: Road to Survival is the definitive zombie strategy RPG game, brought to you by Robert Kirkman, creator of The Walking Dead comic series.

Fight for survival against walkers and humans alike and use strategy against enemies in this adventure RPG. Build a town to keep the walkers at bay, but be warned – the horrors that lurk outside aren’t the only threat.

Based on an all-new story from award-winning Walking Dead writer Jay Bonansinga. Make uncompromising decisions and develop your survival strategy.

Alliances and PvP RPG gameplay
• Raid enemies: Choose you battle strategy to raid enemy players for their resources
• Factions: Forge an alliance with other players to help each other through battles
• Territories: You and your Faction fight to claim and hold valuable land and resources by enemies
• All Out War: Face off against other Factions around the world in the ultimate limited time events

Upgrade Your Survivors
• Level up and customize Survivors to enhance their weapons and skills
• RPG progression makes your Survivors stronger to cut down more walkers
• Collect new Survivors from The Walking Dead universe, each with their own specialized battle strategy

Build your Base & Expand into the Wasteland
• Build and maintain your community of houses to hold Survivors, a Town Hall, a Workshop and more

Battle in Iconic The Walking Dead Locations
• Fight alongside your faction for control of well-known areas
• Battle, conquer and defend locations like Alexandria, Woodbury, Sanctuary and more

Walkers tear at your city walls while desperate Survivors rip apart the town’s foundations from the inside. When the time comes to fight, what will you choose?

Get your Faction ready for a fight! The new faction and team-based PvP game mode, Faction Onslaught, has launched!