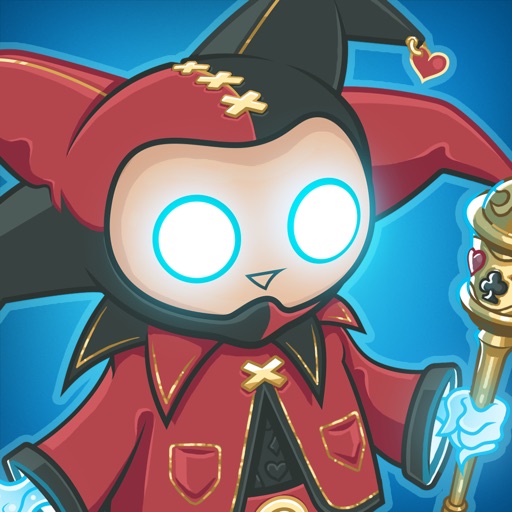 "It is, in my opinion, the perfect mobile game."
- Drew Scanlon

"An insanely fun mashup of roguelike RPG and solitaire."
- AppAdvice

"A bright, funny, and engaging mix of ideas that's well worth adding to your home screen."
- Pocket Gamer

Gather your weapons and prepare to battle the armies of Stuck! In the land of Myriodd, all of the hearts have been stolen by the horrible Emperor Stuck, and you are the latest warrior brave enough to try to return them, saving the world from total heartless destruction!

With the guidance of the great Kismet who will teach you the power of solitaire and the four great energies—attack, defense, agility and willpower—to battle your enemies... you could finally be the one to save the realm.

Each player’s journey will be a unique challenge, with a horde of ever-changing enemies and a wide variety of items and spells to explore. Battle your enemies with brute force, or cleverly constructed builds with devastating combos, and defeat the Armies of Stuck!

Also:
Fixed issue where "Health Nut" achievement would not be rewarded
Fixed issue where journey record does not set to zero on first normal win. (unfortunately does not fix retroactively)
Fixed a rare crash on battle victory
Portrait view can now flip orientation