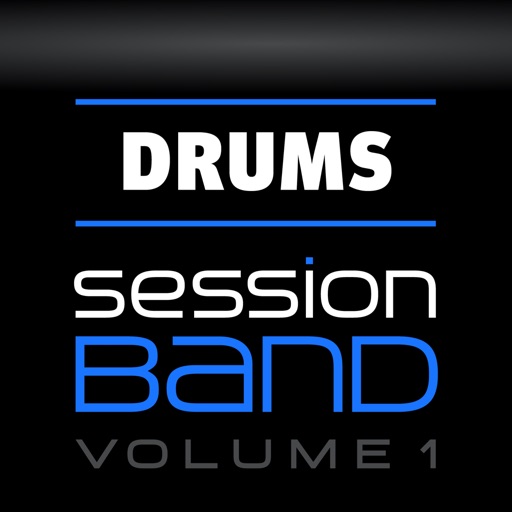 “Creating a rhythm section for a song has never been so easy“ Tidbits.com

Ralph delivers 116 of the most current playing styles across 7 main genres with fills, build-ups and alternative grooves perfect for the tracks you are creating. It's the fastest way to create pro-quality, real drum tracks for your songs.

And with a host of pro features like automated 5 channel mixing, real-time tempo shift, one-touch live recording and Audiobus compatibility - allowing you to seamlessly export our unique content into other top music apps like GarageBand - it has never been easier or quicker to create your own studio- quality drum tracks – even if you can't play a note!

This is a unique app for musicians, producers and anyone who wants to quickly create professional drum tracks.

Create awesome drum tracks for your songs with one of the world's best known session drummers and SessionBand Drums – Volume 1 - a Top 5 music app in 44 countries since launch.

Watch the video at sessionbandapp.com

• Simply pick one of 116 styles
• Quickly build up a track by inserting drum loop blocks on the grid
• Stretch or shorten loops in seconds
• Build up a full track in minutes with all-new 'Track Builder'
• Instantly hear your track across most of the other styles and tempos
• Use the automated mixer to get exactly the right sound
• Mix your track (manual or automated)
• Record direct to audio
• Copy straight to other music apps
• Share with the world!


Over 800 x 5-channel acoustic drum loops included in the app...

• All loops reside within the app
• No internet access required (once the app is downloaded)
• Create studio-quality drum tracks absolutely anywhere!

Ralph is one of the world's most in-demand drummers - three times nominated as a 'Top 10' drummer in the Rhythm Magazine Poll and voted 'Best Drummer' at The British Jazz Awards.

Ralph continues to perform with some of the biggest names in music including Stevie Wonder, Elton John, Madonna, Wynton Marsalis, Van Morrison, Paul McCartney, Burt Bacharach, Quincy Jones, Robbie Williams, Paloma Faith and The Waterboys...to name just a few. He is credited with performing on over 100 movie soundtracks!

Ralph is also Professor of Drums at London's Royal College of Music.

• 812 x 5-channel loop stacks included in the download
• 116 of the most current playing styles and tempos organised across 7 main musical genres: Pop; Rock; Funk/RnB; Jazz; Blues/Country; Latin; Reggae plus an additional 6 'Odd Meter' styles in 6/4 and 7/4
• Tempos from 55bpm to 250bpm
• The exclusive musical content in this app is not duplicated in any of the other SessionBand apps
• All loops are offered royalty-free and can be used freely in your own works