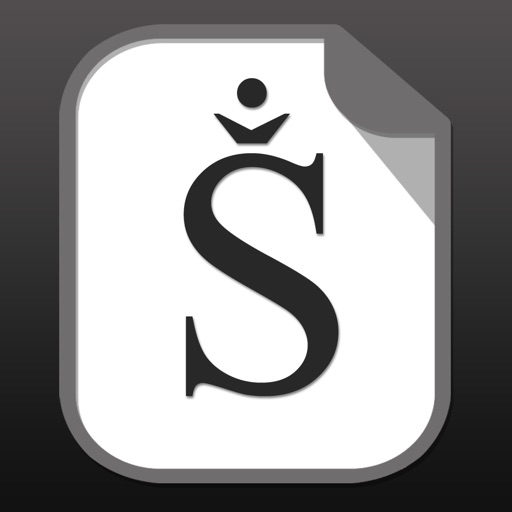 “Now You Can Write the Great American Novel on the Subway... Scrivo Pro is capable and powerful” ***** New York Times

"Even if you don't use Scrivener, Scrivo Pro is a useful and powerful writing and editing tool. But, if you do use Scrivener, you'll appreciate the user interface and design" ***** iMore.com

“The other great advantage is that I can work in Scrivo Pro without an internet connection...” ***** Writeorconsequences.com

App featured by Apple on the "Best apps for writers" collection!

You have a story to tell, article to publish, class notes to take, whether it’s today’s journal entry, tomorrow’s thesis or a future bestseller novella. Scrivo Pro can help you organize your writing, research, generate ideas, and remove distractions so you can focus on the most important thing: writing.

Scrivo Pro is more than an innovative, fast and reliable writing app designed for anyone who writes. This is a writing workspace for your iOS devices and a great Scrivener and Ulysses companion on your Mac or Windows computer.

If you are a Scrivener 2 or Scrivener 3 user on your computer, Scrivo Pro will open your projects (binder and cork-board with index cards) and seamlessly sync them via iCloud or Dropbox.

+ ORGANIZE. STRUCTURE. FIND
· Organize your work in unlimited notebooks, folders and subfolders
· Sync projects between Scrivo and Scrivener via Dropbox or iCloud
· Design the cover of your notebooks
· Create projects in a tree-like structure: Sections, Drafts, Folders, Chapters, Research, etc.
· Full-text search your library of documents and projects

+ RESEARCH. SCAN. PDF LIBRARY
· Full PDF reader and manager included for reference files, ebooks, articles, resources, papers, etc.
· Use the camera of your iPad/iPhone to scan documents, notes, recipes, tickets, etc. as PDF
· Use split-screen and multitasking side by side with other apps while writing

+ BE SAFE. PROTECT YOUR WORK
· Protect your work with an app security passcode
· Protect any folder or project with a passcode
· Automatic Backups

--- Thanks for all the helpful feedback! Let us know via email ([email protected]) or Twitter @scrivoapp if you run into any problems or have feature suggestions --- If you like Scrivo Pro, please take the time to give us a nice review: it really helps. If you have any comments or issues, please contact us directly via email [email protected]

Scrivo Pro 4.1.1 - Added support for dragging documents from our document browser. Supports adding more than one document to a drag session. (iOS 11 only)
- Fixed bug in the size of folder and document covers and previews while using multitasking split screen

3.9.1 - Improved Dropbox document syncing
- Now you can use smaller font sizes than 9 points
- Dropbox framework has been updated to the V2

3.8.7 - Improved Dropbox syncing for Scrivener projects
- Fixed the problem with line breaks and new paragraphs in Markdown documents
- Now you can change the font, line spacing and margins of the generated PDF or HTML from a Markdown document
- You can import and edit .txt (plain text) files

- We have expanded the home screen "Locations" view, now it's renamed as "Desktop"
- New projects now are "Scrivo" projects not "Scrivener" projects. Scrivo projects are compatible with your desktop Scrivener projects, but we are going to improve them with new useful features that Scrivener doesn't support
- There is a new "Apps" folder in the "Desktop" view. It will contain specialised "mini-apps" for you writers. There are already 5 apps: Calendar, Font Book, Name Generator, Sketcher and Thesaurus. We will add new ones. Any suggestions?