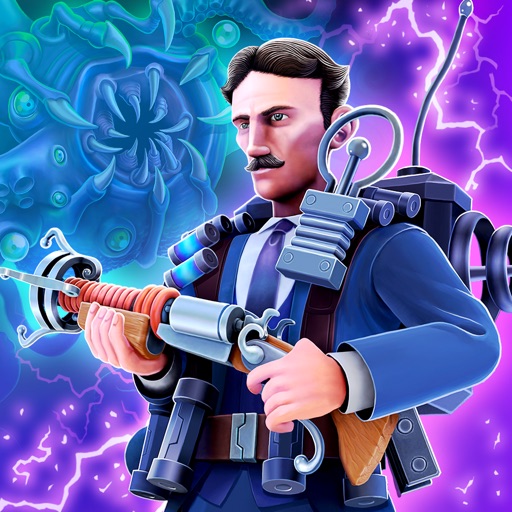 Tesla vs Lovecraft is an intense and epic top-down arena shooter.

On the eve of Nikola Tesla's greatest invention, his laboratory is burned down by the inhuman minions of the horror author H.P. Lovecraft. A showdown of epic proportions begins! Chase the monsters, annihilate massive amounts of eldritch abominations, and overcome the madness of the old gods with science and hi-tech weaponry!

Features:
- Use the Quantum Teleport to zip out of harm's way and travel through solid objects!
- Activate the Tesla-Mech battle robot to rip apart even the most hideous abominations!
- Attack with shotguns, energy weapons, and scientific marvels such as the X-Ray Blade!
- Fight through story mode with boss fights and compete in survival mode online leaderboards!