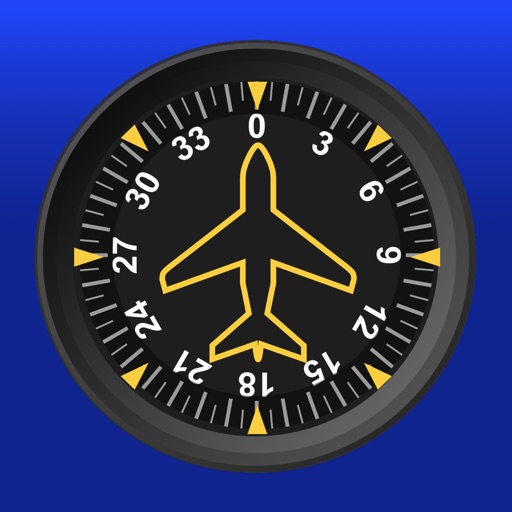 Ever wished for live instruments while flying in Infinite Flight? In-Flight Instruments is a third-party app by John Goering (maker of In-Flight Assistant) which does just this.

IF-I connects to your running flight and displays live instruments, enabling exciting new ways to fly. Fly a low-visibility IFR flight, or fly primarily with an external view, keeping a close eye on your instruments to stay steady!

There are two ways to make the most of this app:

2) If you are running Infinite Flight on your iPad, you can run IF-I as a Slide Over app. Note that you may need to slide the side bar from time to time to access Infinite Flight functions.

The "Basic Six" instruments are included with your purchase of this app:

* Airspeed Indicator (intended for single props like the Cessna): keep an eye on your indicated airspeed.
* Artifical Horizon: lets you see your aircraft's pitch and roll even if visibility is low.
* Altimeter: shows your altitude with a hundreds, thousands, and ten-thousands hand. Includes the "Barber Pole" which slowly disappears as you pass 10,000 feet, or descend below sea level.
* Turn indicator (intended for single props like the Cessna): shows your turn angle. (NOTE: Due to an Infinite Flight API issue, the turn coordinator is currently not centered even when making coordinated turns)
* Compass: Shows your airplane's current heading.
* Vertical Speed Indicator: shows your vertical speed in feet per minute, which enables you to keep an eye on your climbs and descents. Cessna climbs and descents should normally be between 500 to 1000 feet per minute.

The following in-app purchases are available to add further instruments to your repertoire:

A primary and secondary VOR instrument are added, and underneath the hood is a global database of VOR stations. Tap the VOR instrument to pick a nearby VOR station to connect to. Drag the VOR instrument knob to set the VOR radial you are wanting to fly on. There are multiple great tutorials for learning VOR navigation on YouTube! These two instruments will enable you to fly from airport to airport with zero visibility!
The primary VOR includes an ILS system which can be activated after tapping the instrument, and will mirror Infinite Flight's own ILS approach (*not* the VOR you are connected to).

Fixes some of the network connection issues.

Thanks so much for your continued excitement about In-Flight Instruments!