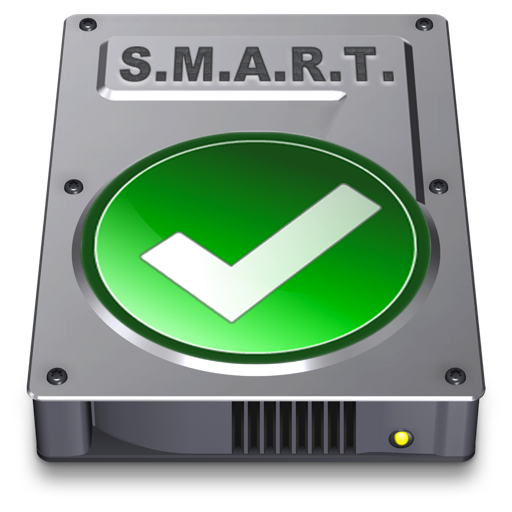 *** LIMITATIONS ***
Because SMARTReporter relies on the S.M.A.R.T. implementation of Mac OS X, it only supports S.M.A.R.T. checking for ATA, SATA or eSATA hard disk drives unless you install additional software to enable Mac OS X to also check the status of some USB/FireWire disks.
Some internal disks do not support S.M.A.R.T. at all and therefore do not work with SMARTReporter:
- the "OWC Aura SSD for Mac Pro"
Please note that a S.M.A.R.T. alert does not mean that your disk will certainly fail completely, nor can S.M.A.R.T. (or I/O-error checking) catch all possible disk problems before they happen - it's just a very valuable indicator. SMARTReporter is NOT a substitute for regular backups especially as it only concerns itself with hardware-level problems (like physical drive failures) and not at all with software-level problems (like filesystem health) that could also destroy all your data. Perform regular backups and make sure you read all the documentation and the F.A.Q. entry about prediction reliability.